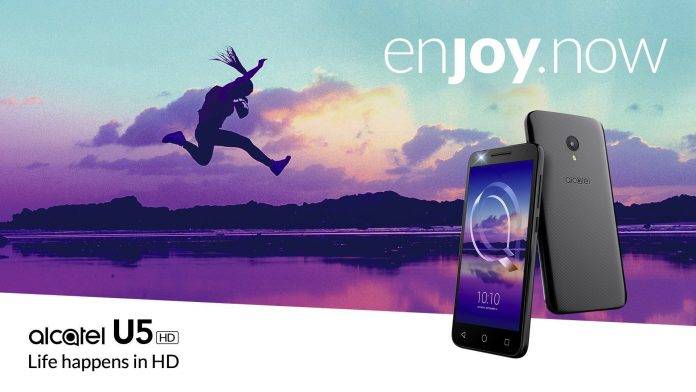 Alcatel has always been prolific in coming up with new Android phones. Most of them are mid-range but we know that people look to the brand for budget-friendly devices if they need a new one. At the upcoming IFA 2017, it may introduce three new models. One might be this Alcatel U5 HD that was recently made official on its website.

If you may remember, we already saw the Alcatel U5 when it was announced at the Mobile World Congress in February. This time, it gets an improved version in the form of the Alcatel U5 HD.

The Android Nougat-powered Alcatel U5 HD comes equipped with the same 5-inch IPS LCD screen. The HD in the name refers to the enhanced resolution of 720 x 1280 pixels. While the U5 got a 5MP rear camera, this one now comes with an 8MP main camera with 5MP front-facing shooter. The latter is also an upgrade from the 2MP selfie cam of the older version.

As for the battery, it goes from 2050mAh to 2200mAh. The MediaTek MT6737 processor, 8GB onboard storage, and 1GB RAM are retained. There is still the same microSD card slot for memory expansion up to a maximum of 32GB since the 8MP is not enough.