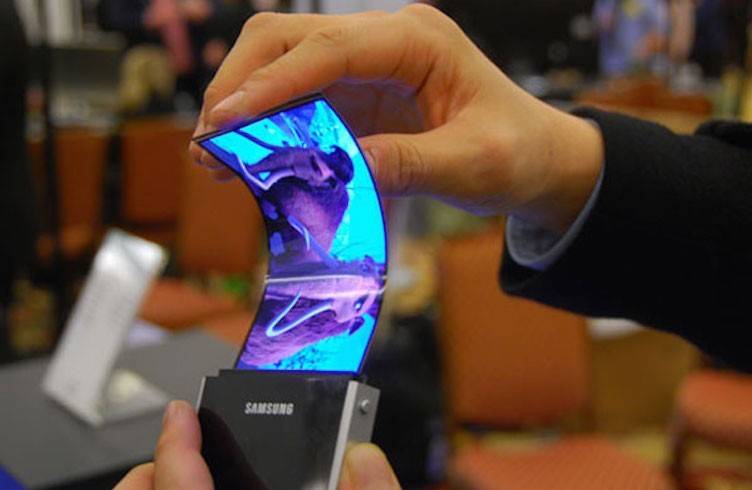 News of a foldable phone from Samsung is nothing new. What some analysts are saying, we’ve already heard and discussed a number of times since a patent filing from Samsung for a foldable device was published last year. That’s months after a rumor came out. Actually, as early as 2013, Samsung was already aiming for foldables in 2015. We only heard more speculations since then.

The bended displays aka the curved screens became a reality and now we only need to wait for the foldable displays. Later this year, we can expect the South Korean giant to release a new kind of display and we’re assuming it’s what the Project Valley is all about.

If you may remember, there’s also the foldable tablet patent filing from Samsung spotted some time in June 2015. Still no confirmation from the company but numerous leaks and rumors point to some foldable-screen technology. Others are pessimistic it may be long before that kind of tech becomes a reality. However, there are people speculating that it should be coming soon. Interestingly, HSBC, a multinational banking and financial services company, is saying that technology will be available sooner from Samsung–the first to use the tech in a commercial level.

The idea is for a bigger display to be folded so gadget size remains the same. No, foldable tech won’t be available just yet on the upcoming Galaxy S7 premium flagship variants but maybe later this year. Everything is still a rumor-speculation-hearsay until Samsung confirms all the things we’ve been reporting so let’s take all these with a grain of salt.

HSBC analysts are saying that the OLED foldable display by Samsung would be a game changer within the company’s mobile business that hasn’t been doing well the past months. Phones are selling left and right but not as fast as before. No thanks to the Chinese OEMs who’ve been aggressive in introducing phones with premium specs yet sold at such affordable prices.

Analysts at HSBC are also saying that a foldable design would offer a number of benefits including the advantage of having a phone and tablet in one device, a high degree of product differentiation for an OLED model, and an opportunity for the South Korean tech giant to capture two markets with just one device. Obviously, this could also mean business expansion for OLED suppliers.

Perhaps it’s about time that Samsung rethink its strategy and using a foldable  display could help revolutionize the industry. What the HSBC analysts are saying actually make sense but honestly, the ideas are something we already know. We’re not sure if these are just predictions or if they have sources but they could come true sooner than soon especially since Samsung has the capacity to work on a new technology.

The fact that Samsung usually sets the trend for every new tech it introduces in the market could be exciting. Let’s wait and see how this foldable display would be a game-changer not only for the phone business but the rest of consumer electronics industry.