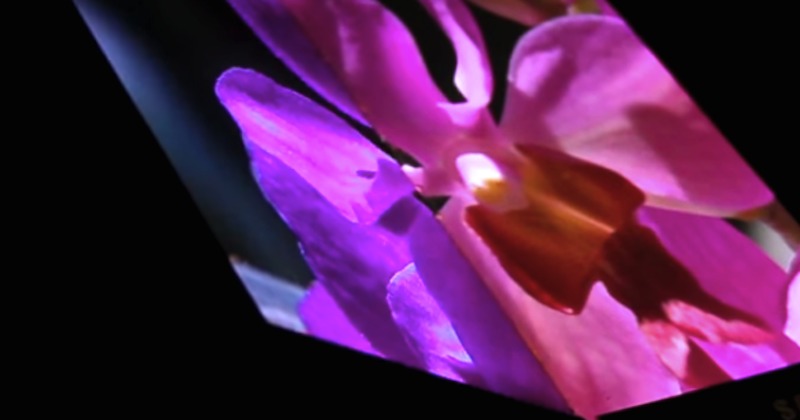 Flip-phones are nothing new. I remember having a gold Motorola RAZR in 2007 which I sold just after a week because battery would only last for four hours on standby use. It was one pretty and classy mobile phone but was also very useless. I won’t mind getting any Motorola phone now but if I were to buy a flip smartphone, I think I’d go for Samsung.

Nothing official from Samsung yet but there’s a rumor that the company and the other South Korean giant LG are working on units that have foldable displays. No, we’re not talking about two parts with hinges but real foldable-flexible screens. Of course, this would be made possible by curved display technology. Remember that back in 2013, we heard Samsung was already aiming for bended displays starting in 2014 and foldables in 2015.

From curved to bent screens, mobile phone technology sure has gone a long way. Curved display TVs may have hit mainstream but it’s not as popular, at least not yet. Curved tech could be a big thing in smaller devices such as smartphones and someday even tablets because they are more practical and portable.

Samsung has yet to prove its curved display technology but so far, the Galaxy Note Edge is slowly making its way there. The unit was quickly followed up by the recently launched Galaxy S6 Edge. This time, the smartphone impresses with a dual edge display. As for LG, the entrance of the G Flex series was also promising.

Samsung once showed off a flexible AMOLED display in 2011. A few years after, we’re hearing rumors that the manufacturer will bring the technology to full production in 2016. According to Business Korea, “commercialization of foldable smarphoned will be possible in 2016”. No mention who exactly but the publication said information was from a Samsung official.

Since there’s no confirmation from Samsung yet, we’ll regard this as a rumor for now. We don’t doubt this will happen though in the future. Foldable displays are getting better every time and more devices could benefit from the new tech.

Here are some videos of Samsung’s flexible display: