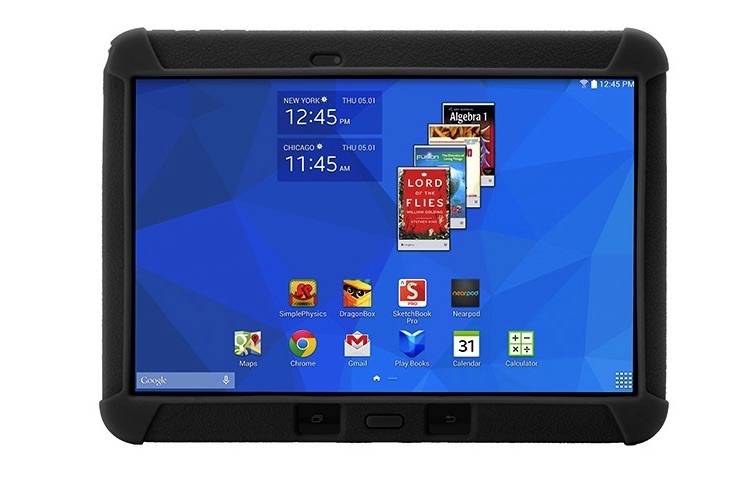 We don’t have enough information but Samsung is believed to be rolling out a new Galaxy Tab 4. We’ve seen numerous Galaxy Tab 4 units already but rumor has it that it will be an Advanced version for this year. The first model was introduced more than two years ago with different variants and compatible accessories. Recently sighted on GFXbench is a mobile device tagged only as the ‘Samsung SM-T536 (Mali-T830)’. 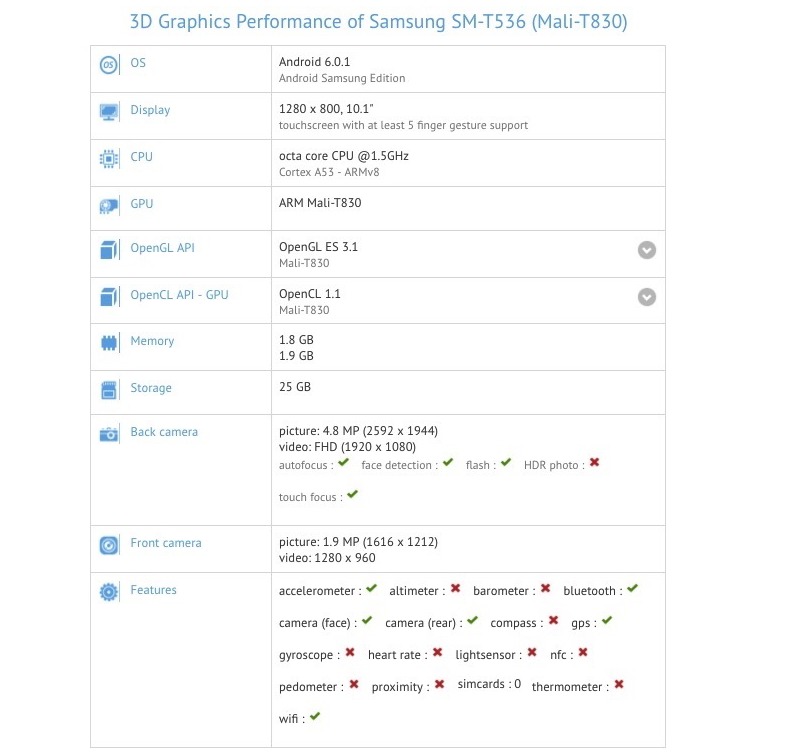 Based on the information above, the next Galaxy Tab 4 will have a 10.1-inch display touchscreen with 5-point finger gesture support and 1280 x 800 pixel resolution, 1.5GH octa core CPU, ARM Mali-T830 GPU, 32GB storage, 2GB RAM, 5MP rear camera that is capable of FHD video recording, 2MP front-facing cam, and the standard Bluetooth, GPS, NFC, accelerometer, barometer, pedometer, and WiFi. The smartphone already runs Android 6.0.1 Marshmallow so you won’t have to wait for the update to roll out.

This Galaxy Tab 4 Advanced is said to have a large 10.1-inch screen and will be a follow up to the Samsung Galaxy Tab 4 Nook. Samsung hasn’t completely forgotten about this series and it’s actually adding an ‘Advanced’ model according to rumors.

Most information found on GFXBench usually turn out to be true so yes, we’re almost certain that a new Galaxy Tab 4 will be introduced very soon. Just wait.