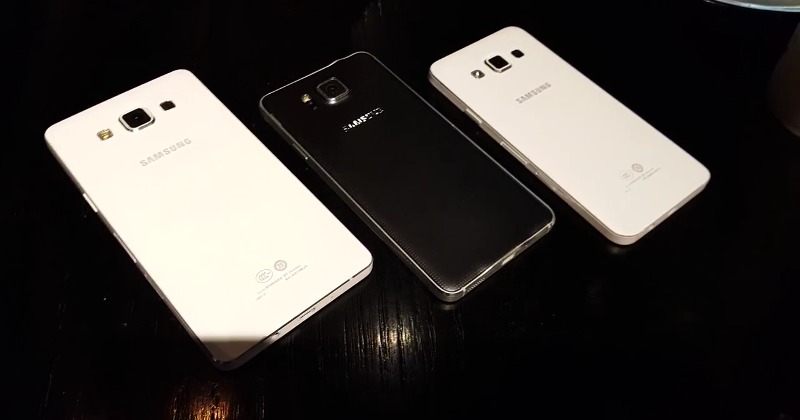 A couple of things we’ve already written about here – first, about the rumored Samsung Galaxy A7 which will be part of the Korean company’s metallic we’ll-prove-you-wrong A-series, and secondly about the Internet being full of people with nothing better to do than dig into websites’ source codes and user access profiles to get information. As per usual, the Internet proves us right on both counts.

Motorola and Verizon have recently been bitten by this bug when some people dug up the Verizon website’s code to reveal pictures of the yet unannounced DROID Turbo. This time, it’s Samsung’s website that gave up the details on the upcoming Samsung Galaxy A7 – mainly confirming that it will be sporting a full HD 1920×1080 display and that it will be using an ARMv8-A CPU, which is a 64-bit proc.

And at least in the Chinese market, the Galaxy A7 will be launching with a dual-SIM variant, as is common even to high end phones launched in some Asian markets. Interestingly, the Galaxy A7 will be launching with Android KitKat out of the box, so the 64-bit proc might not yet come into play until Samsung chooses to update the devices to Android 5.0 Lollipop.

Samsung continues to be committed to pushing this “A series” – a group of phones intended to show the world that Samsung can indeed make metallic phones, among other reasons. The Samsung Galaxy Alpha was first out of this line, and the A-series phone models just keep on coming. It really does look like someone’s out to prove something to the rest of the world.