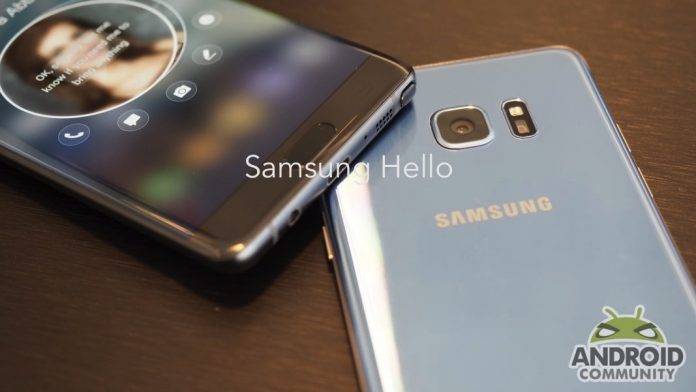 Samsung seems to be busier than they are supposed to be. We’re not expecting a lot from theme because we want the South Korean tech giant to focus more on making the flagship battery perfect so the Note 7 fiasco will not be repeated. We know the company is still testing the Galaxy S8 but we want to know see what the Bixby is all about. It’s the AI assistant that can speak up to eight languages and will obviously rival Google Assistant, Alexa, and Siri.

Bixby may feature visual text recognition and item search capabilities. We know it will be pre-installed on the Galaxy S8 and will work with native apps. It’s almost official because it already showed up in a Samsung beta page. But aside from Bixby, there is the Samsung Hello that was recently seen being filed for a trademark at the European Union.

Samsung Bixby and Samsung Hello could both be AI software but we’re guessing there will be slight differences between the two. This Samsung Hello is described as one that offers “personalized features and information based on user’s preferences in the fields of weather, music, entertainment, games, travel, science, health, contact, and social news via voice command and voice recognition.” The key is personalization so we’re assuming there is something more to Bixby and Hello.

Honestly, right now, all I can think of is saying “Hello Bixby” and that it can be confusing if the two are indeed different. Samsung Hello seems friendly but Samsung Bixby sounds more unique. Then again the two could also be one and the same. Perhaps Samsung just wants to trademark “Hello” because in the near future, saying “hello” means you’re already calling “Bixby”. What do you think?