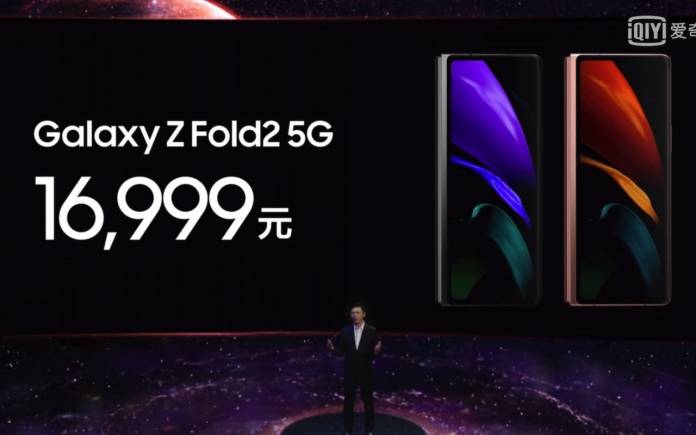 The Samsung Galaxy Z Fold 2 is the South Korean tech giant’s latest foldable smartphone. It’s the better iteration of the original Galaxy Fold. The design is similar but with a bigger external display. It was launched together with the Galaxy Note 20 series, Galaxy Tab S7, Galaxy Watch 3, and the Galaxy Buds Live last month. The new foldable phone is being pitted against the Microsoft Surface Duo but they are different in many ways. For one, the Galaxy foldable phone only has a single foldable screen. We’ve seen a number of demo videos and hands-on impressions but we have yet to get a hold of the device.

Galaxy Z Fold 2 5G’s full specs and features have been listed. We were also introduced to the limited Galaxy Z Fold 2 Thom Browne Edition. We haven’t tried it but talks about a Galaxy Z Fold S with a 360-degree hinge like the Surface Duo already began.

The Samsung Galaxy Z Fold 2 will be available in key markets soon. You may want to watch and discover the Galaxy Z Fold2’s Untold Stories first to understand the story of the foldable phone. Pre-orders are starting soon with the market release happening later this month.