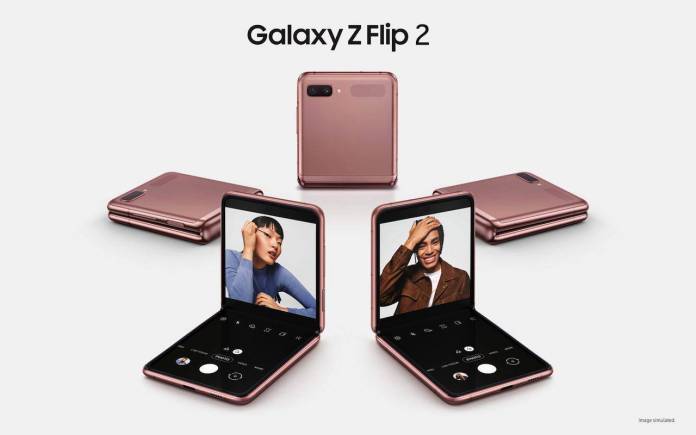 Not much details are available about the next-gen Samsung Galaxy Z Flip but we’ve been saying the foldable phone may be delayed to the third quarter of 2021. A Q3 product launch could mean the device will be come together with the Galaxy Note 21. That is a possibility but a source said its Q1 2021 release is now back on track. We don’t know what’s been happening but with this information, we can expect related details will be leaked and teased before the official launch.

Everything can still be delayed because a lot can happen from today until the end of the year. But then like Samsung, we are hopeful things will get better. If the South Korean tech giant can manage to release the Galaxy S21 release earlier than usual, the new Galaxy Z Flip could also be ready by then.

Of course, we’re taking things with a pinch of salt here. Before the public launch, there is still the original Galaxy Z Flip and the 5G variant available to buy. As for the Galaxy Z Flip 2, it may not be introduced alongside the Galaxy S21 but a Spring reveal can be anticipated. (Cross your fingers the world will be much better by then.)

The Galaxy Z Flip 2 is expected to come with 4G and 5G. Ross Young didn’t disclose the specs and features but he noted that the upgrades are impressive. The phone’s design may be similar but the components may be updated. Maybe the Ultra-Thin Glass will be thicker and more durable. The hinge mechanism may also be improved. Maybe a 360-degree hinge like the Surface Duo could be ready as well.