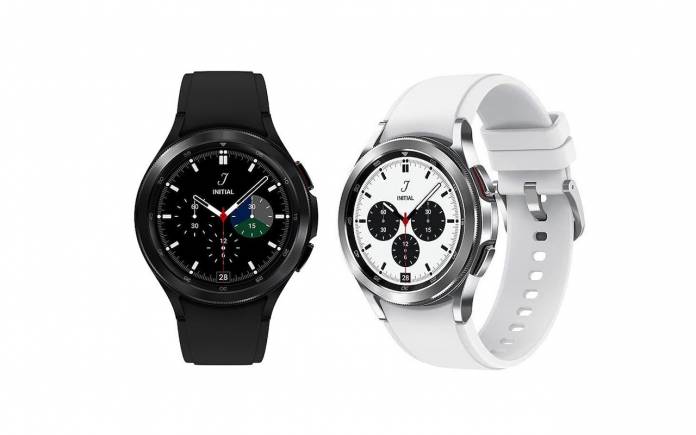 If you’re not looking for a new premium flagship phone this year, you may probably be ignoring any news about the Galaxy Z Fold 3 and the Galaxy Z Flip 3. Don’t worry, the two will be joined by two other devices–a new pair of Galaxy Buds and the new Samsung Galaxy Watch4 series. The wearable watch from Samsung will also be available in different variants: the regular Galaxy Watch 4 and this Galaxy Watch 4 Classic. Over the weekend, live photos of the upcoming Classic model have surfaced.

A couple of weeks ago too, the Galaxy Watch 4 and Galaxy Watch4 Classic were spotted on Amazon Canada. The Classic variant was also leaked in an official teaser video from Samsung. The smartwatch was also shown off in different angles. We have seen a number of images and now we’ve got the specs.

The official specs sheet of the  Samsung Galaxy Watch4 Classic has surfaced online and shared by our source. As indicated on the list, the size will be 46mm. The watch will be available in Black or Silver and will come with a 1.36-inch circular Super AMOLED screen, Full Color AOD, 450 x 450 pixel resolution, Gorilla Glass protection, and a 361mAh battery. 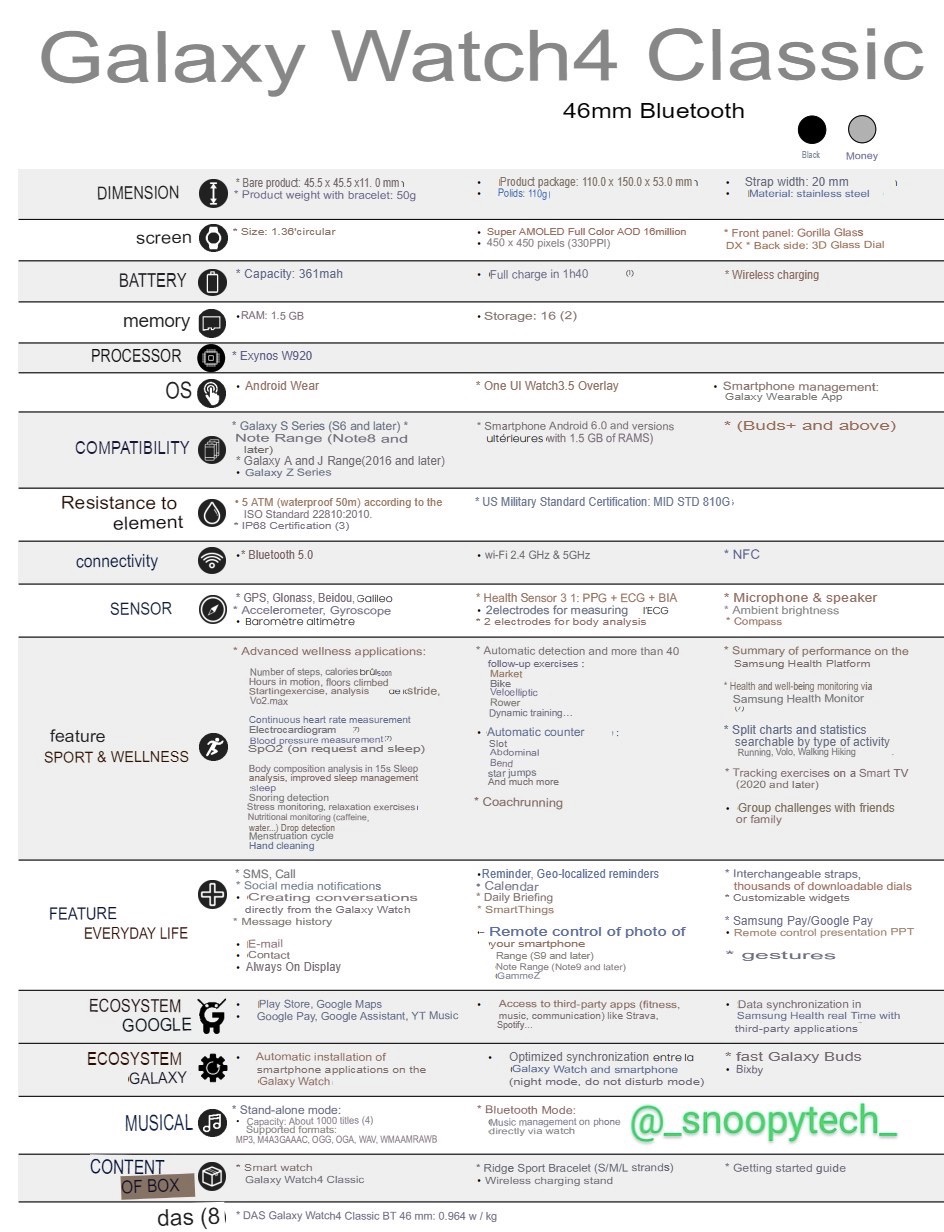 Samsung’s Galaxy Watch4 Classic will run on 1.5GB RAM and Exynos W920 processor with 16GB storage. The wearable device will definitely be powered by Wear OS with One UI Watch 3.5. The smartwatch will have 5 ATM waterproof rating, Bluetooth 5.0, NFC, and WiFi. There’s also the usual accelerometer, barometer, health sensors, and compass among others.

Samsung will also release a regular Galaxy Watch 4 in 40mm and 44mm sizes. Most of the specs and features are the same except for the display and battery sizes.