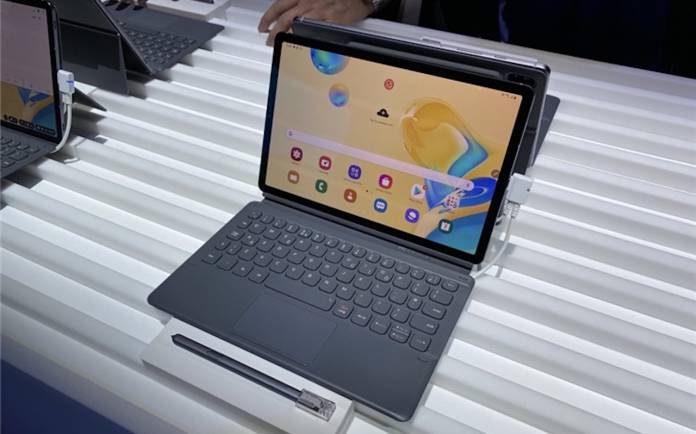 This Android 5G tablet from Samsung has been a long time coming. We first mentioned the device back in July, saying it would arrive with dual cameras. Specs were made public before the official launch and features were leaked. Images showed the color options and an awkward S-Pen location. The tablet is also said to boast a larger battery but will be lighter. In August, the 4G version of the Samsung Galaxy Tab S6 was made ready with a new S Pen and Bixby support.

The Samsung Galaxy Tab S6 soon received an HDR10+ certification. If you’re part of the first batch that sent in their pre-orders, you will be happy to know Samsung has offered incentives.

Samsung’s new Galaxy Tab S6 is getting a 5G version. This means a 5G tablet is really on the horizon. It could be announced really soon. 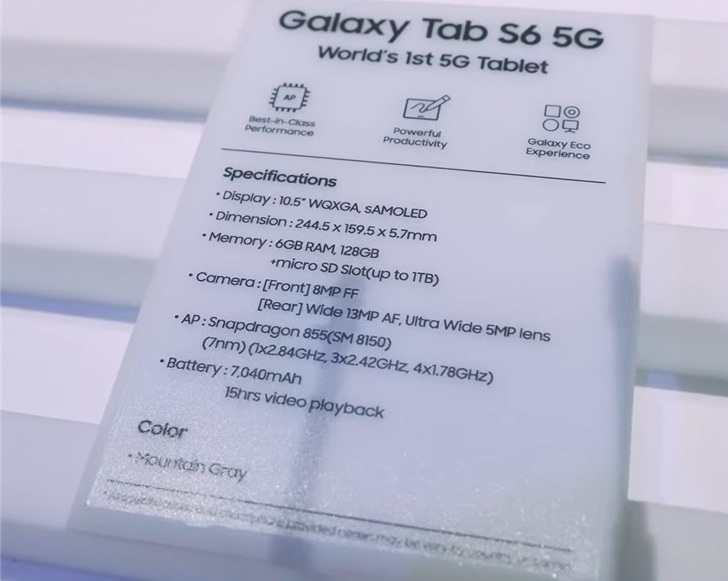 A list of specs has been sighted in the wild, showing off the specs and features. The 5G tablet will boast a gray color scheme. Measuring at 244.5 x 159.5 x 5.7mm, this tablet features a 10.5-inch Super AMOLED screen.

Other features include a 6GB RAM, 128GB storage, and a Qualcomm Snapdragon 855 processor. The memory can expand up to 1TB via a microSD card slot. When it comes to imaging, there are a total of three cameras: an 8MP selfie shooter and dual 13MP + 5MP rear cameras.

The 7040mAh battery is enough to make the 5G tablet run a video non-stop within 15 hours. As usual, no word on availability and pricing yet.