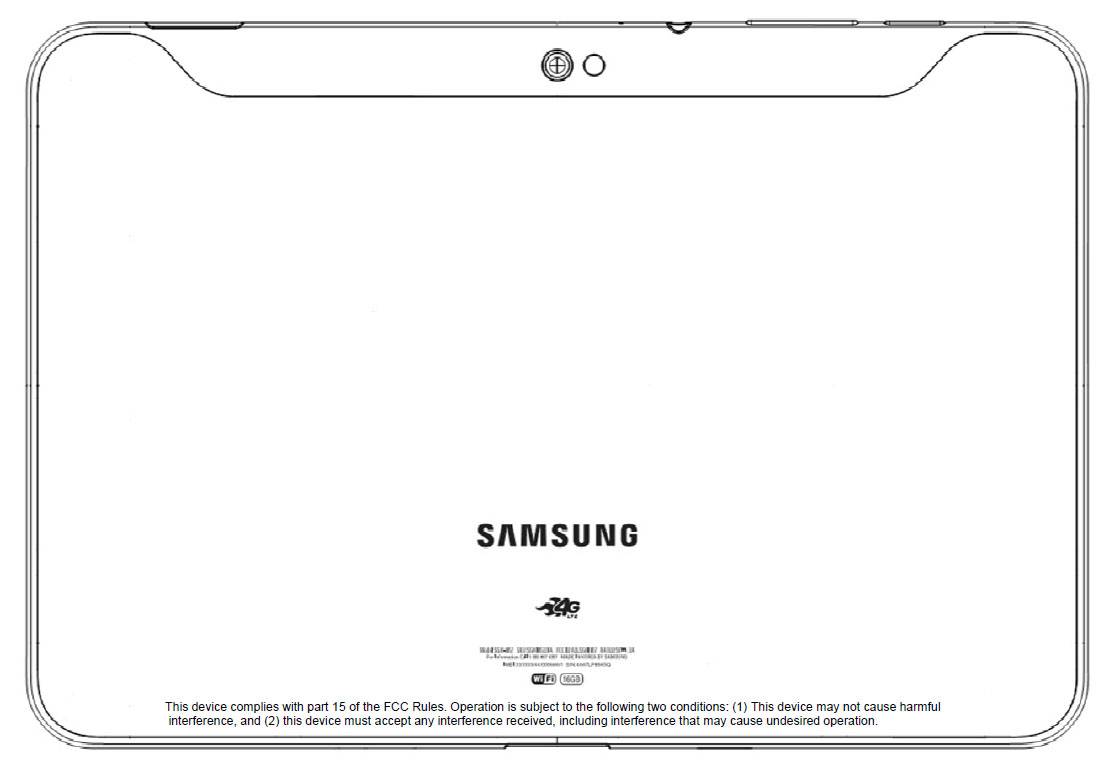 It looks like the uber-expensive HTC Jetstream won’t have long to sit on its throne as AT&T’s only LTE tablet device. Either the Galaxy Tab 10.1 or 8.9 was recently spotted roaming the digital halls of the FCC, with AT&T’s unmistakable 4G LTE branding adorning its backside. The spec drawing looks pretty interchangeable with the Galaxy Tab 10.1, but after overlaying the press shots of the 8.9 on the PDF, I’m leaning towards the 8.9.

Those who would rather have some Honeycomb goodness in a Wifi-only package can already purchase the Galaxy Tab 8.9, starting at $449.99 for the 16GB version. A wireless variant isn’t exactly a surprise, since its big brother the 10.1 can already be found on other carriers, and Verizon already has a 4G LTE model for sale. AT&T still hasn’t got a 3G version of the latest Galaxy Tab hardware, though they are still offering the 7-inch original – maybe they want to offer some differentiation from the 10-inch Jetstream.

The Galaxy Tab 8.9 shares almost all the components and specifications of the 10.1: the same 1GHz processor, the same full gigabyte of RAM, and even the same 1280 x 800 screen resolution – though obviously, it uses a smaller panel. The 10.1 Verizon LTE model received a positive review a few months ago, and there’s no reason to believe that the 8.9 on AT&T’s LTE network will do any less, assuming that you’re in one of AT&T’s sparse LTE coverage areas. Considering that the carrier’s LTE push is now in full swing with the Galaxy S II Skyrocket and HTC Vivid, expect the Galaxy Tab 8.9 before the end of the year.