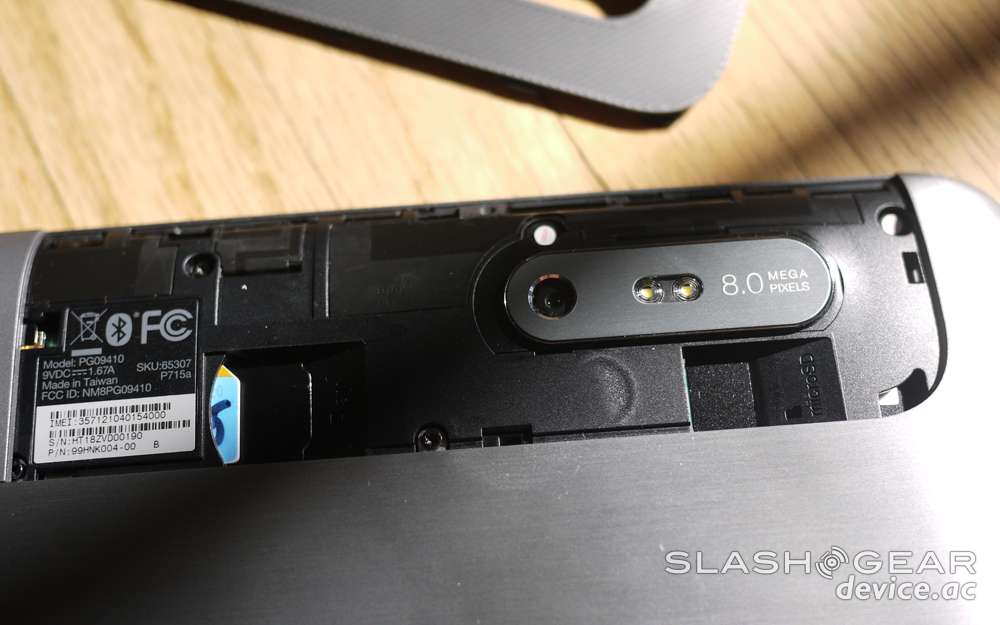 The HTC Jetstream got its fair share of ink when it was announced, but not in the way AT&T might have hoped. People have been excited to get their hands on a full-sized HTC tablet for a while now, but that $700 price and a two-year wireless data contract is a deadly combination. But enough proletariat whining: does the Jetstream deliver? SlashGear ripped open the packaging for a full review.

As expected from an HTC flagship device, the hardware is fantastic in both raw power and build quality. Big props go to the metal housing, best-in-class 8 megapixel camera with 1080p video recording, 1.5GHz dual-core CPU and a long-lasting 7300 mAh battery. The Jetsream will reportedly last for more than a full day’s use, no matter what you do with it. The first implementation of HTC’s Sense UI on a Honeycomb tablet gets a lot of praise, with the exception of the newer ring lockscreen – it’s hard to slide it with one hand on such a large device.

But at the end of the day, it all comes back to that big price tag. $700 for a tablet is just too much when saddled with an expensive carrier contract, and according to the reviewer, it’ll be surprising to see this thing go through the end of the year without a significant price drop. If you’re itching for the best Honeycomb tablet out there and price is no option, the HTC Jetstream might just be fore you. If not, look to alternatives from Samsung, Acer and Asus.