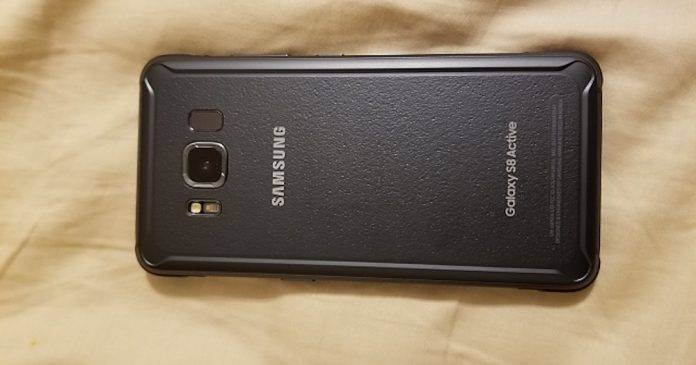 Much has been said about the upcoming Samsung Galaxy S8 Active. It’s only a matter of time before the South Korean tech giant makes an official announcement. The device has been leaked a number of times and was sighted on Geekbench. The Android phone was earlier confirmed by the Samsung website and now new photos emerge, giving us a glimpse of the new rugged premium phone. A demo video was shared on Youtube but has since been pulled and then re-uploaded by another user.

For a closer look, check out the photos below:

No doubt, this is the Samsung Galaxy S8 Active. It’s no longer just a rumor as the Galaxy S Active series is due for a new model. The S8 Active looks a lot like the Galaxy S8 and S8 Plus but more of a “ruggedized” version which means it will be ready for active and rough use. There are no curved 3D glass edges but the 18.5:9 aspect ratio is still present.

The demo video was first posted on a forum but the original video can no longer be accessed. Notice that there is no Active key but there is the new Bixby button. We’re only hoping that the Bixby feature will be fully ready by the time the Samsung Galaxy S8 Active is announced. No information on availability and pricing yet but we’re assuming this one will be unveiled anytime soon or just before the Note 8 is introduced.