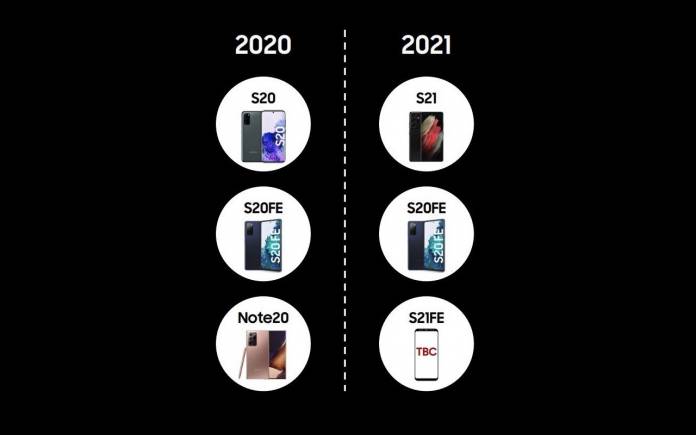 It appears there really won’t be any new Galaxy Note this year. A few months ago, we said the Samsung Galaxy Note 21 may be cancelled due to chip shortage. There really is a chip shortage so some production lines may experience problems. We have actually stopped mentioning the phone which we previously said would come with UDC. We remember saying it would still be released but there have been developments. Instead of the Galaxy Note 21, expect the Galaxy Z Fold 3 and the Galaxy Z Flip 3 to be introduced during the next major Unpacked event.

This is according to Evan Blass (@evleaks) who has been a reliable source of information. If this is true, then the Fan Edition should not just be a more affordable version of the Galaxy S21. It should be more advanced.

The Galaxy S21 FE should really be better than the Galaxy S21. The latter still has that camera lag issue which we are hoping would be fixed soon.

If you may remember a few weeks ago, Samsung Mexico leaked the upcoming Galaxy S21 FE. First image renders surfaced online. We’re anticipating for the Samsung Galaxy S21 Fan Edition but we’re hoping it will be introduced even before the new Samsung foldable phones.

We’re also waiting for that Galaxy S21 deep purple as a tribute to the Tokyo Olympics 2020. Let’s wait and see how Samsung is going to make the second half of the year more interesting for the mobile consumers.