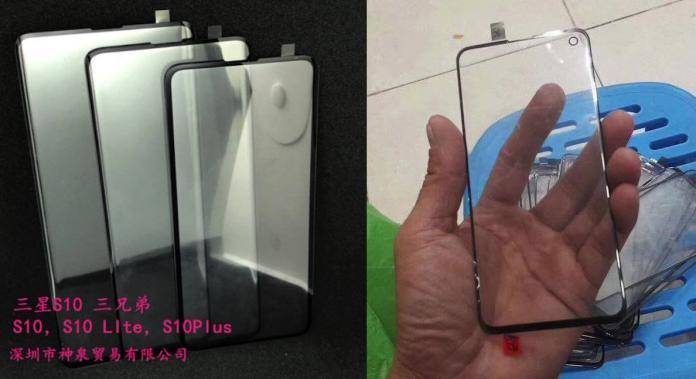 The Samsung Galaxy S10’s display is said to feature the same cutout camera hole display as the Galaxy A8s. This move will make the phone almost bezel-less. There won’t be a notch (Thank heavens!) as the South Korean technology isn’t a fan of such. The Infinity-O display is enough to avoid the notch and still allow a bigger screen real estate. The hole-in-screen idea is actually genius but it may not work for some OEMs. As for Samsung, it has already implemented the screen design on the Galaxy A8s.

The Galaxy A8s’ cutout camera screen will also be used on the Galaxy S10 display. The only difference will be the size of the hole. We’re not sure if the hole size matters but it could be more for aesthetic.

We have yet to get a hold of the Samsung Galaxy A8s but images show a smaller cutout. We’ve also been seeing images of the Galaxy S10 and some show the on-screen hole. The S10’s are said to be smaller as hinted by a protective film for the phone.

Nothing is sure yet when it comes to the size of the hole or cutout display. We just know they will have the new Infinity-O display. There will be three variants with one having a flat screen.

We’re looking at a possibly 19:9 aspect ratio display. It’s large so a one-handed operation may be a challenge.

Interestingly, another set of leaked images shows films that don’t have a hole. It doesn’t mean there won’t be a cutout in the screen as these are just films.