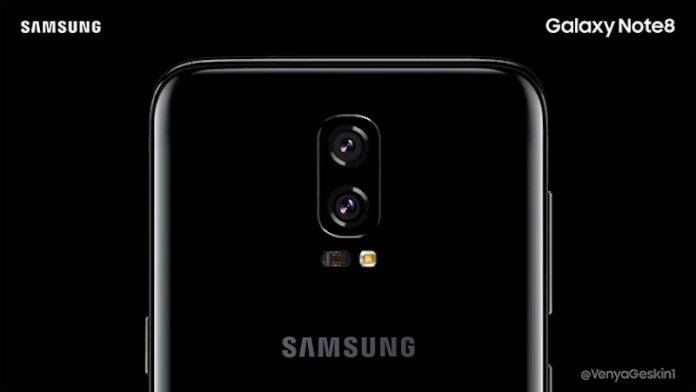 All eyes will be on the upcoming Samsung Galaxy Note 8, partly due to the unforgettable battery catching on fire and consequent global recall of its predecessor, the Galaxy Note 7. But it will also come on the heels of a pretty successful Galaxy S8 and Galaxy S8+ campaign. While some are pretty excited about the supposed in-screen fingerprint scanner that will come with the new phablet, it looks like that’s a no go for now, at least according to a Samsung official.

A Korean language publication called News1 published an article which basically said that the Samsung official said that they decided not to include the display-integrated fingerprint scanner, despite the fact that they actually “made every effort” to have it installed. But due to “technical limitations” which includes security, we will not be able to see that probably anytime soon.

The upcoming Galaxy Note 8 reportedly shares some similarities to the current flagship. Hopefully, the badly placed rear-mounted fingerprint sensor isn’t one of them. But it looks like they will both have the 18.5:9 screen ratio, but the Note 8 will have a bigger panel at 6.3-inches. Hopefully, the placement of the sensor will be somewhere more convenient for users.

Despite failing with the phablet, Samsung is still supposedly working on developing the in-screen sensor technology. They are collaborating with CrucialTec, one of the biggest manufacturers of biometric sensors.