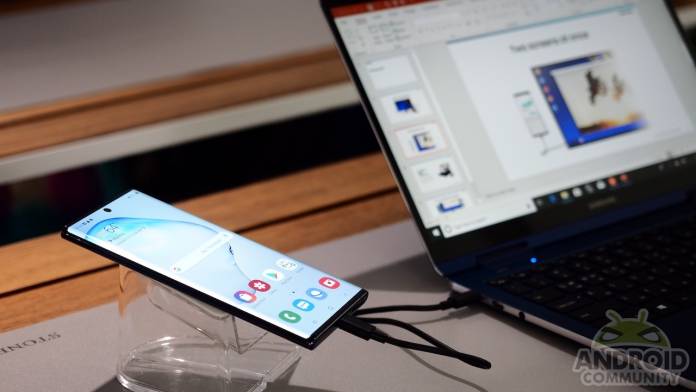 While waiting for the Samsung Galaxy Note 10 Lite, it’s older sibling the original Galaxy Note 10, is getting another software update. The Galaxy Note 10 is ready to receive the January 2020 security patch, at least, in Germany. After this, we can expect other regions and key markets to get the same. The phone already has the Android 10 OS version but this new package delivers the latest security patch and new features. The official software version is listed as N970FXXS1BSLD so feel free to check your settings or grab it once an OTA is received.

Samsung has been consistent so far in releasing monthly security updates. The January 2020 security patch has been available for the other mid-range phones like the Galaxy A10, A10s, A20, A50, A30, and the Galaxy Tab S5e. It contains a few minor improvements focused on security.

We’re assuming much of the fixes and updates of the stable Android 10 are also included. The same update will also work for the Galaxy Note 10+. You can also check your Settings> Software update> Download and install. A package can also be downloaded and installed via a Windows PC if you prefer the desktop route.

The Galaxy Note 10 Android 10 stable version rolled out a few weeks ago. That was after a month of being on beta. It delivered One UI 2.0 but unfortunately, the first release had to be paused for some reason.

To review, the Samsung Galaxy Note 10 series has been making waves with high scores on DxOMark. It comes with two wireless chargers. The phone also quickly sold out in South Korea with 1.3 million pre-orders.