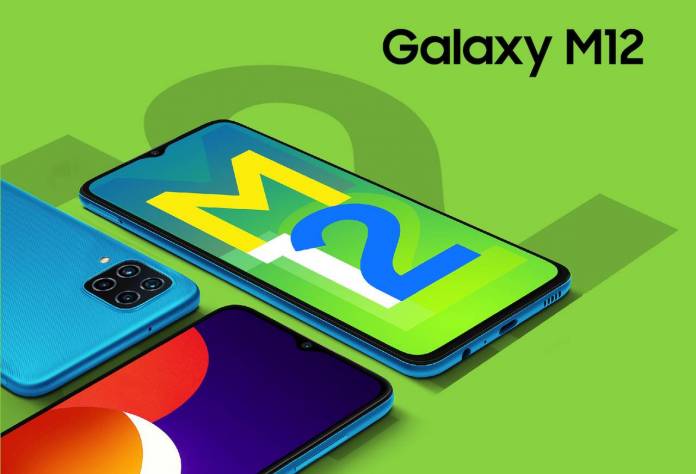 A new Samsung phone is town. No, it is not the Galaxy A52 nor the Galaxy A72 yet. In India, the South Korean tech giant has officially announced the Galaxy M12. We have been waiting for this smartphone for several months now. It was first leaked back in November last year. It was mentioned it would come with a large 7000mAh battery. More Galaxy M12 image renders surfaced online. Four months later, here it is from Samsung India–tagged with #MonsterReloaded.

By saying ‘Monster Reloaded’, it means the Galaxy M12 is one “Monster” phone with powerful specs. It runs on an 8nm Exynos mobile processor. It doesn’t have a 7000mAh battery, just 6000mAh.

Samsung India introduced this Galaxy M12 with a 6.5-inch HD+ Infinity-V Display with 90Hz refresh rate. The device is powered by an Octa 2.0GHz Exynos 850 8nm processor by Samsung and the 6000mAh battery come with 15W Fast charging.

This phone follows the Galaxy M11 from last year. It is another affordable phone that’s been “reloaded” with better specs and features. The camera system makes an impression with the true 48MP quad camera + 5MP ultra wide + 2MP macro + 2MP depth. There is an 8MP selfie shooter.

Samsung offers the Galaxy M series mainly to the young consumers. According to Samsung India’s Senior Director and Head for Mobile Marketing, Aditya Babba, the phone “will truly set the benchmark for a powerful experience in this price segment” with the specs. 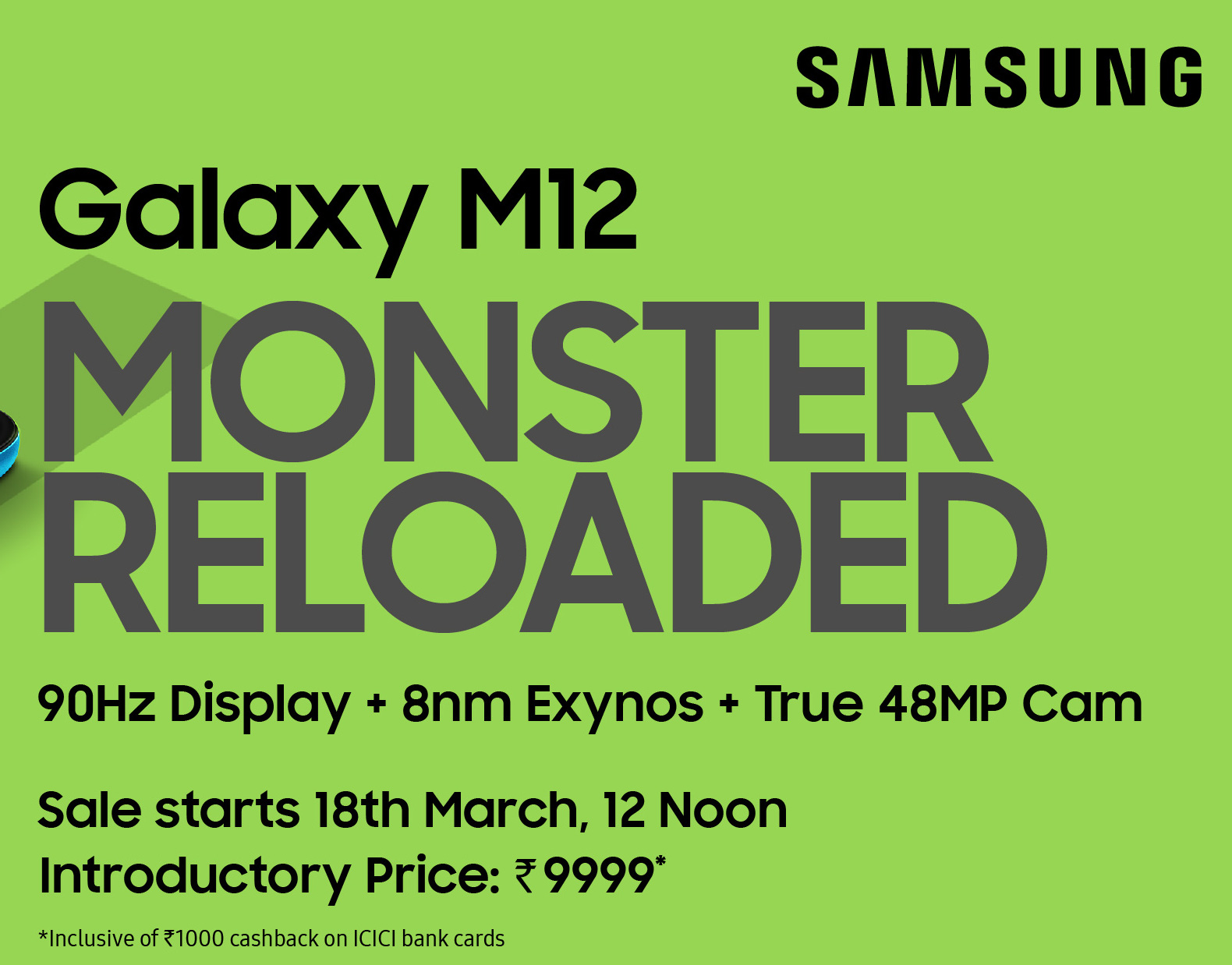 The Galaxy M12 features a haze and matt effect design. It comes in three color options: White, Blue, and Black. There is a side fingerprint sensor, 4GB or 6GB of RAM, and 64GB or 128GB storage. The phone can run several Samsung services like Smart Switch, Galaxy Apps, Samsung Theme, and Samsung Health.