The Samsung Galaxy M series remains as part of the South Korean tech giant’s lineup. Together with the Galaxy A mid-range series, it will continue to bring Samsung closer to the mass market. The Galaxy M is still alive but it’s now a low-cost product series. It’s more affordable while the Galaxy A remains as mid-range. We’ve been expecting the Galaxy M30 as specs are being leaked left and right before the official launch. What’s so special about the new Galaxy M phone is the idea that it will feature a notch.

A notched Samsung smartphone? It’s not exactly what we know the company will offer given the presence of the Infinity-O display. The latter was already implemented on the Galaxy A8s so there is no point for a notch. But then again, the Galaxy M is a just budget phone series.

Samsung has the Galaxy M30, Galaxy M20, and Galaxy M10 but we’ll get confirmation when the new Galaxy M Series is announced this coming January 28. The image shows a V-notch which is actually the Infinity-V display. There is only one selfie shooter.

Other things to expect include very small bezels on all sides. We’re not sure about the chin though but it should be smaller. India will receive the Galaxy M first. The phone will be sold through Amazon India and the company’s official online store. 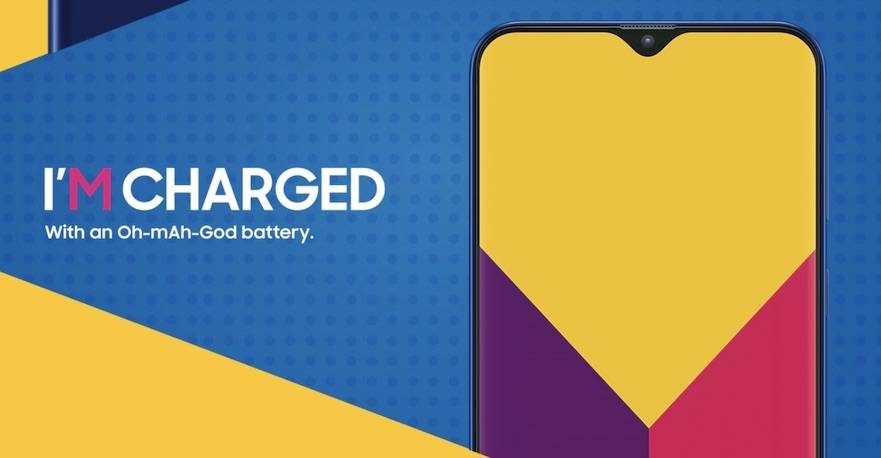 We’ve got details about one of the Galaxy M phones–the Samsung Galaxy M20. Specs have been confirmed by SAMMOBILE for the device SM-M205F as earlier sighted on Amazon India. The phone will boast a waterdrop notch, ultra-wide camera, and a 5000mAh battery.

After the Samsung Galaxy A9 Pro, the Galaxy M20 will also be equipped with such a large battery. It will also add fast-charging, USB Type-C port, dual rear cameras (one Ultra Wide), and probably a metal build.

For a phone under $200, this Galaxy M20 is definitely looking worth a lot. The battery alone makes it a winner. The dual rear shooters are good for mobile photography while the fast-charging and USB-C connectivity make it a complete powerhouse.