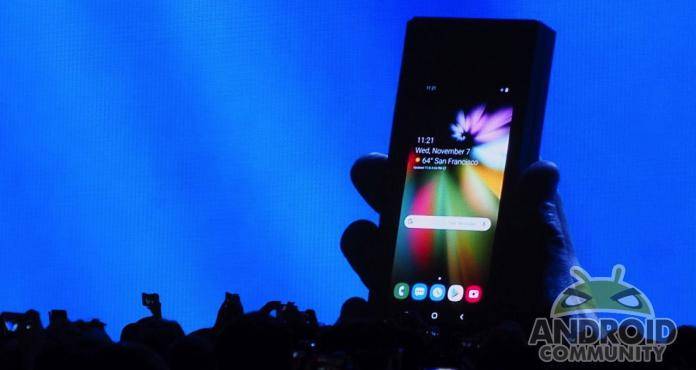 Samsung finally unveiled a foldable screen, the Infinity Flex display, and showed off a prototype of a mysterious foldable-flexible phone. We’re crossing our fingers Samsung will launch one that really works and something that can set a standard in the foldable phone category.

Samsung has Huawei as its biggest rival in the Android market but it’s not the first to roll out a foldable phone. The FlexPai is a real working foldable-flexible smartphone. Other OEMs are also working on their foldable phones like Xiaomi, LG, OPPO, and Lenovo among others.

Patents show early concepts and illustrations so there really is no scarcity of related information. What we’re more interested in now are the prices, release date, and availability.

Samsung isn’t launching the foldable phone at this week’s CES event but more details were shared by an executive. Product Strategy and Marketing Director Suzanne de Silva said the phone will be in H1 2019. This means Samsung will make an official announcement before the last day of June. Hopefully, we’ll see the foldable phone next quarter since the Galaxy S10 will be the focus this Q1.

Price will be high, of course, but still something the consumers can afford from at least $1,500 to $2,500. That’s expensive but hey, the flexible display certainly has a price. Rumor has it in Korea, the phone could be priced at 2 million won ($1,300).

When it comes to availability, the Samsung foldable phone is expected to roll out in South Korea, US, and major key markets.