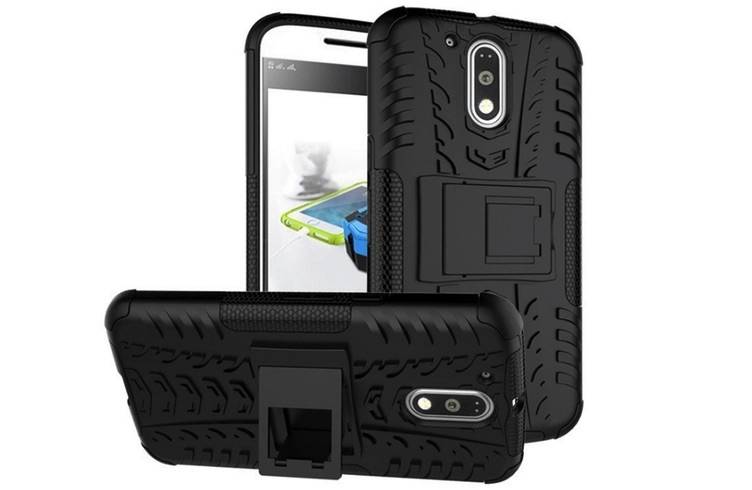 We’ve been seeing leaked images and information about the Moto X but we also said that it could be the Moto G4. We’re undecided if it’s the X or the G but there is a possibility that both will be introduced soon since Motorola-Lenovo didn’t launch any new model during the first quarter. A hands-on video of a prototype got us thinking it’s the 4th-gen Moto G. The device is also believed to have front fingerprint sensor and according to another sighting in the wild.

Master leaker Steve Hemmerstoffer (@onleaks) is at it again. He posted on Twitter a new set of photos that show a protective case for the Moto G. There’s a Moto G encased in a rugged casing that looks ready for more rough use. It’s not an official accessory from Motorola but rather from a third-party group. The case reminds us of a rubber tire and we’re guessing it will be ready for the harsh reality of everyday–bumps, drops, and all types of mishaps.

The protective case doesn’t show much the design of the unveiled Moto phone but one image shows the camera at the back. It looks very much like the one in the last leak we saw:

Because of this leak, we believe it’s more of a Moto G than a Moto X. The pill-shaped panel is still there with the camera placed at the center. A sensor is found below the cam while the dual-LED flash is just above.

We can’t tell if there’s a fingerprint sensor but we’re hoping to find out soon. Maybe this coming May 17?

We’re still not sure about this event in India but the invite above seems to be for a special launch. We’ll see.