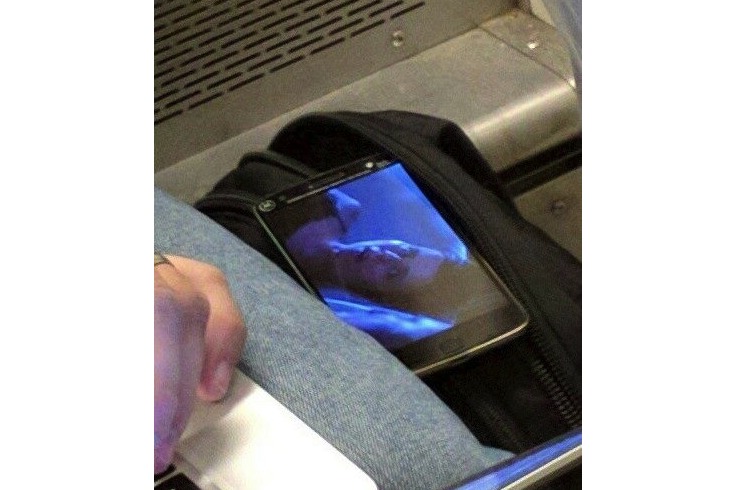 We’re not really waiting for July for Lenovo to release the next Moto phone but seeing those alleged prototypes of the new Moto X and Moto G got us interested. We’re curious to know how Lenovo, with the help of Ashton Kutcher, designed the new smartphones. Details are unknown yet but a new Moto phone has been caught in the wild.

We’re guessing this is the next Moto X. It could be the Moto X3 we saw the other day. Others have commented that it looks like a Moto X Force Plus. There’s also a mention of a fingerprint scanner but instead of being found at the back as common to Lenovo phones, this one could be at the front.

Not a lot of people are positive that the Moto name will shine but we know why Moto phones are selling. We just don’t know if the Lenovo-Motorola partnership will help sell new phones this year. Two Lenovo XT models have recently hit GFXBench but those two could be the next Moto E phones.

We just know that new Moto phones are coming with perhaps a more obvious Lenovo influence. We’re still not sure if Lenovo will retain the Moto branding but we’re hoping it will be used.

The Moto X3 could also be the last from Motorola as there is a possibility that Lenovo will use its own name to replace the Moto line. We said before that Lenovo could be using either Moto or Vibe but we prefer the more popular one which is Moto. Between the two, Motorola is a more established name so Lenovo should just take advantage of that.