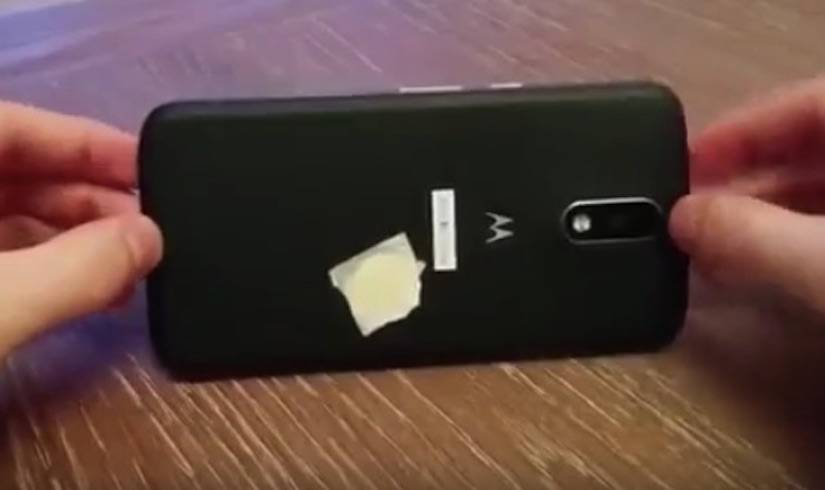 The Moto G4 was recently sighted again with the square fingerprint sensor so obvious. What we first though as the next Moto X is more believable as the new Moto G if we are to believe the latest report. It’s only a matter of time because Motorola hasn’t launched any device yet for this year. We just know a new model is coming soon still bearing the Moto branding.

A quick hands-on video was posted on YouTube earlier showing us the next Motorola phones. The fingerprint scanner we saw on the leaked image earlier seems to be missing but the design is pretty much the same. It could only be a prototype so maybe that’s why the fingerprint reader isn’t there.

The Moto G4 (Moto G 2016) may still have the volume and power buttons on the side plus some camera bump. We don’t see any huge speaker grill or hole but we’re assuming the earpiece will do that job. At the back is the familiar strip where the flash and rear camera are placed. The back panel seems to be removable.

We’re expecting two variants from Motorola this time: a basic Moto G4 and Moto G4 Plus. That’s a possibility since most phone makers are launching flagship devices in pairs.

The original video has since been pulled by the uploader but a certain Pranav Patel managed to download and reupload the media file.