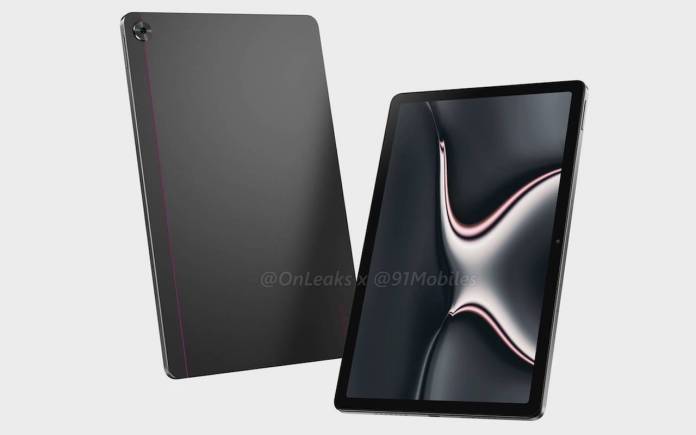 Realme has yet to announce the Realme Pad. We know it’s going to happen soon as several leaks and teasers have been made. Early images showed design that includes an aluminum finish. The tablet may also possibly come with stylus support. It seems the Chinese OEM is really getting busier. Just recently, it introduced the Realme Flash– the first Android phone with magnetic wireless charging. There is also the Realme MagDart technology and other accessories. As for the Realme Pad, the tablet is said to come with a dual-tone finish.

The Realme Pad is real. It is being prepped for release. It will run on a Helio G80 series processor. It’s the same chipset powering the Samsung Galaxy F22, Galaxy M22, Galaxy M32, and some Redmi 9 series phones.

This Android tablet from Realme is a first from the OEM. It will specifically use the 12nm octa-core MediaTek Helio G80 as per a listing on Geekbench. It will initially run on Android 11 and 4GB or 6GB of RAM.

The Realme Pad said to feature a decent 10.4-inch IPS LCD screen with 1080 x 2400 pixel resolution. The cameras are both 8MP on the rear and front. The 64GB onboard storage may be small so we’re expecting a microSD card slot for memory expansion. The 7100mAh battery will be more than enough.

Realme may make the official announcement on September 9. Price could be INR 20,000 which is around $274 in the United States. Other specs may include a power button on one side, two speakers, volume rocker near the rear camera, plus a USB Type-C port.