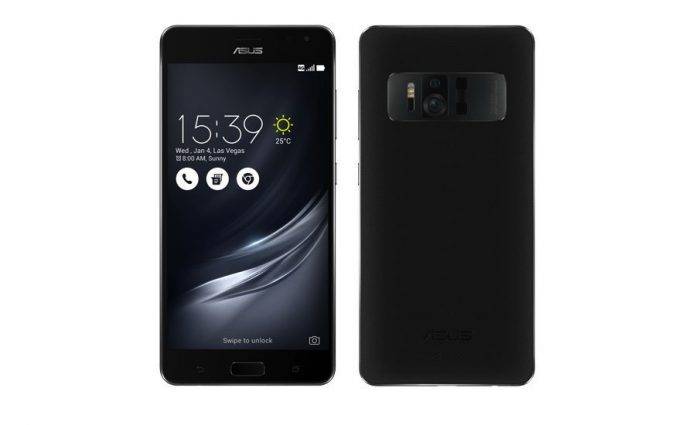 We know Qualcomm is set to unveil new products at the CES 2017 this week in Las Vegas. For one, it’s expected to launch the Snapdragon 835 processor which was recently benchmarked on AnTuTu and GFXBench. It was actually announced back in November together with the Quick Charge 4.0 technology.

Like Qualcomm, ASUS is also scheduled to make an appearance at the first big tech event of the year. We know a new ZenFone product will be introduced as per a press invite we saw in December. We’ve been expecting it will be the rumored ASUS Zenfone AR and looks like there is truth to is as Qualcomm revealed some information about the upcoming phone.

The product will be announced on January 4 but a few details were posted earlier like the fact it will be powered by a Snapdragon 821. It’s probably an embargo post but somebody saw it earlier. The page has since been removed.

The phone will be Tango-enabled and still ready for Daydream. This brings VR and AR in one system so you can enjoy a number of apps, games like Fantastic Beasts, and Google Street View among others. Feel free to enjoy your favorite apps like Need for Speed, LEGO BrickHeadz, Gunjack 2, HBO, Hulu, Netflix, and YouTube.