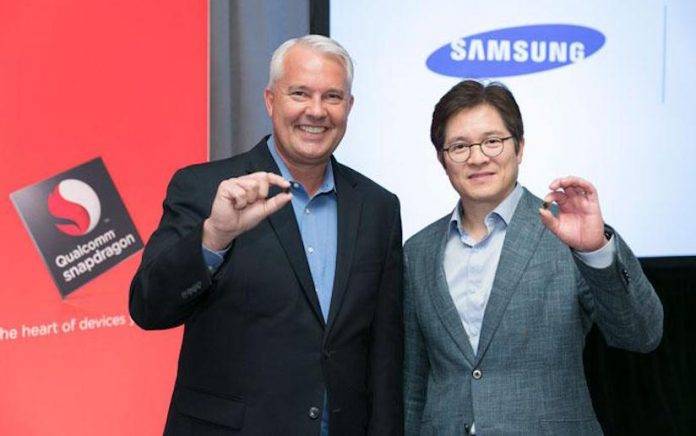 Year 2016 won’t be over without the likes of Qualcomm announcing a new product and technology. We’ve been expecting a new processor and the upcoming Quick Charge 4.0 tech that will be used for mobile devices to be released next year. We already know the fast charging technology is a new standard to up power to 28W. Meanwhile, the new S835 is manufactured with Samsung’s 10nanometer FinFET technology.

Qualcomm Technologies collaborated with Samsung Electronics to use the latter’s 10nm FinFET process to make the Snapdragon 835 and we’re assuming future chipsets as well. Just like Samsung’s processors, the new Snapdragon chip is made of nanomaterials—molecules and atoms that are only less than 100 nanometers(nm) in size. The result of such technology is greater chemical reactivity, higher strength, and lighter weight as described by Qualcomm.

The Qualcomm Snapdragon 835 is definitely smaller in size–about a thousand times smaller than a hair strand. This means the chip can offer smaller footprint from a slimmer and lighter package. A smaller chipset means more space for an OEM to add more features and use a bigger battery. Of course, we can expect it is way faster than the previous models as well.

Qualcomm also announced its Quick Charge 4.0 technology. This one is the fastest so far because you can get as much as five hours of battery after only five minutes of charging. Now that’s really fast. This one will be ready with the Snapdragon 835. The company said it runs cooler and is more efficient compared to the older Quick Charge 3.0–about 5° C cooler, 30% more efficient, and 20% faster than ever.