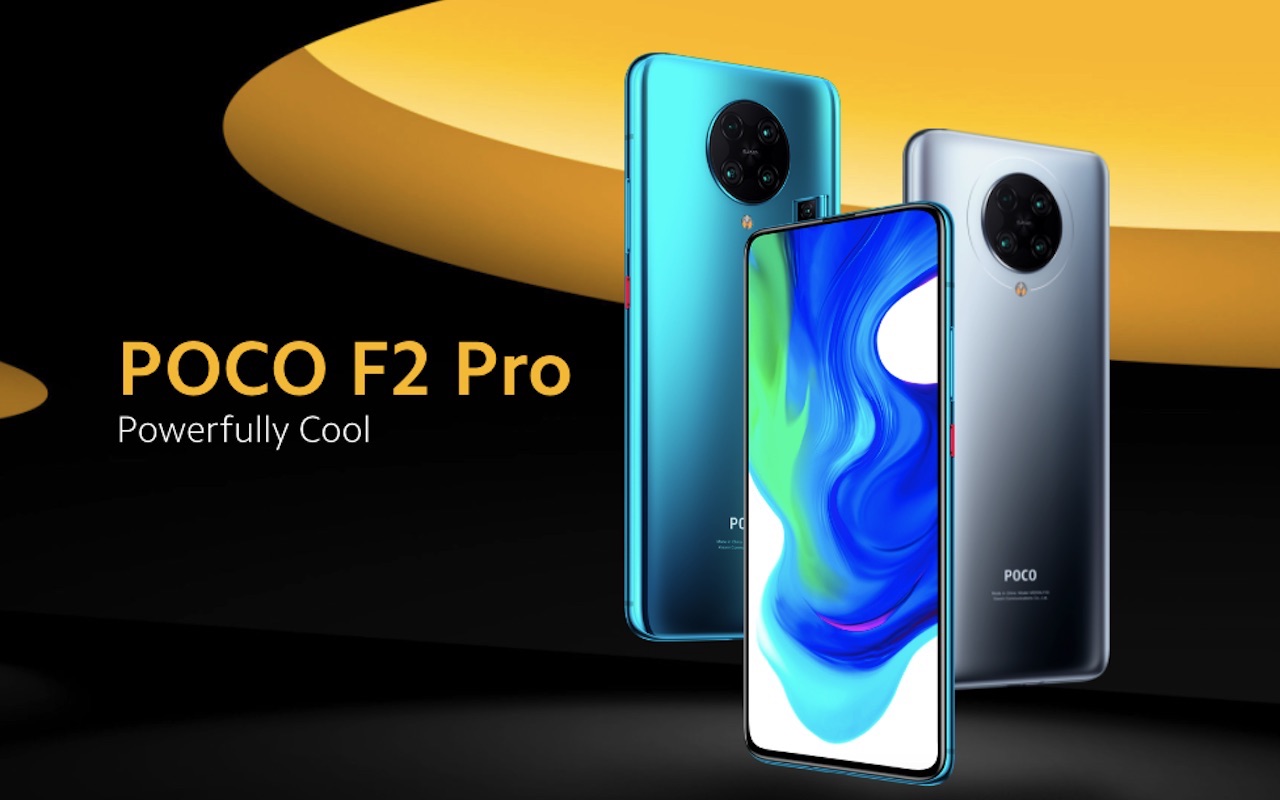 The official launch of the new POCO phone has finally happened. As expected, the Pocophone F2 Pro has been announced by Xiaomi’s old sub-brand Poco. We’ve been saying the smartphone is on its way as the European prices were leaked. The POCO brand has been preparing the POCO F2 Pro smartphone that is said to be “powerful, passionate, cool geeky, and young fun”. We know it is one powerful beast with a competitive price and it’s finally here after being teased yet again.

The POCO F2 Pro is a new Android phone that will make us question how is it affordable again as with the original POCOPHONE F1 by Xiaomi. The features are premium flagship level but the price is just $550. That is very affordable compared to those from Huawei or Samsung.

The phone comes equipped with a 6.67-inch AMOLED screen, 2400 x 1080 resolution, 500 nits of brightness, HDR10+ support, Snapdragon 865 processor, pop-up selfie shooter, and a quad rear camera system. As with most smartphones today, the POCO F2 Pro is topped by Gorilla Glass 5. The device already comes with an in-screen fingerprint sensor.

When it comes to imaging, there is a 20MP pop-up selfie camera that can do 120 fps slow-motion video recording. The four cameras at the rear include a 64MP Sony IMX686 sensor with f/1.89 aperture and autofocus, 13M Pultra wide-angle camera (123-degree lens), 5MP macro shooter with f/2.2 lens and autofocus, and a 2MP depth sensor. Other specs and features are as follows: a 4700 mAh battery with 30W wired fast charging tech, USB-C, 3.5mm headphone jack, IR blaster, dual SIM standby, and WiFi 6 and 5G.

This POCO F2 Pro is more like the Redmi K30 Pro that was introduced last month together with the Redmi K30 Pro Zoom Edition. Even the color options are the same but with different names: Electric Purple, Cyber Grey, Phantom White, and Neon Blue.

POCO F2 Pro is now available in Europe with a price tag that reads 499 euros for the 6GB RAM/128GB model and 599 euroS for the 8GB RAM/256GB variant. The “Powerfully Cool” POCO F2 Pro is ready to offer “smooth performance, immersive visuals, and a futuristic design”.