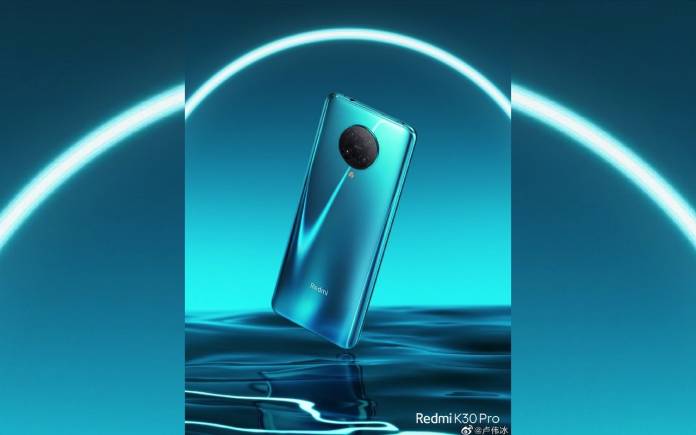 The new Redmi K30 Pro is coming soon. This is the Pro variant of the Redmi K30 which is also believed to be the base of the POCO X2 phone. We’ve mentioned the Android phone several times before and noted it would run on Snapdragon 765 mobile processor. Several teasers are now on Weibo and we don’t doubt their authenticity. It’s only a matter of time before the Redmi team makes the official announcement which is actually happening next week.

The Redmi K30 Pro will be a 5G phone. It’s now said to be powered by a Snapdragon 865 instead of the 765 we mentioned earlier. It will use an LPDDR5 RAM plus UFS 3.1 storage.

The K30 Pro will be Redmi’s next “true flagship” as described. It’s a follow-up to the Redmi K20 Pro which made an impression last year with premium specs. The phone has already reached AnTuTu with high-performance scores so we’re also expecting this one to make waves in the mobile industry and still remain affordable.

Redmi is also said to utilize its own vapor chamber (VC) liquid cooling technology that takes advantage of 3,435 sq m of liquid-cooled heat sink. This dissipates heat better than ever.

When it comes to imaging, the Redmi K30 Pro may come with a Zoom edition. We’re looking forward to a round camera module bearing four sensors with a flash. Right on top of the device, we see a pop-up selfie shooter, Infrared (IR) blaster, and a 3.5mm headphone jack.