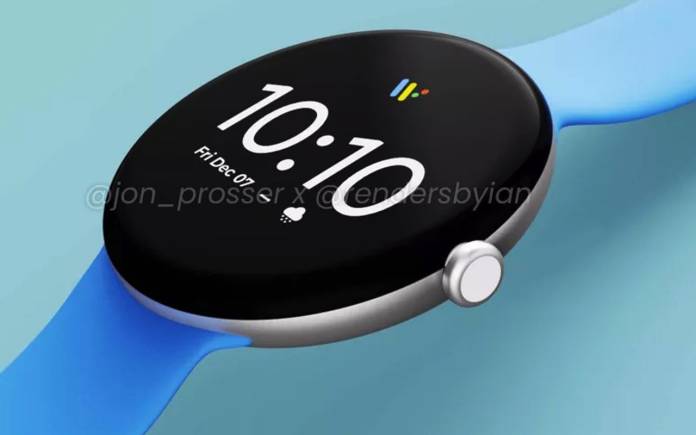 Google has yet to reveal the Pixel Watch. It will be the first official smartwatch from the Pixel brand. We have seen several Wear OS-powered watches from other OEMs but this will be the first time the tech giant is releasing its own smartwatch. As early as 2018, we’ve been waiting for the Pixel Watch since many rumors concerning the wearable device were made public. No smartwatch was introduced but the speculations continued. A patent was also sighted but then plans were believed to have been cancelled.

Earlier this year, rendered images showed up. The same set surfaced once again with a mention of a 2022 arrival. Official images of the Google Pixel Watch were leaked and then Pixel Watch watchfaces were sighted.

Expect more details will surface until the official product launch. Rumor has it the watch will run on a Samsung Exynos chip. It will definitely come with Google Assistant but it will already be the next-gen version as per our source.

Mentions of the Pixel Watch were spotted on some Google apps. The code shows a “PIXEL_EXPERIENCE” to refer to Pixel-exclusive features. A “PIXEL_EXPERIENCE_WATCH” has been sighted which means there will be a Pixel Watch. It may not be the final and official name but we’re almost certain about its existence.

The Pixel smartwatch may come with exclusive features that won’t be readily available on other smartwatches on Wear OS. They will be available someday via an update but not at launch.

Like a number of Google devices, the Pixel Watch may also come with the Google Assistant. The next version may be ready in time for the smartwatch’s launch. The new version is said to have the ability to process speech on-device instead of checking Google’s servers every time. With the next-gen Assistant, you can use voice to filter a gallery in Google Photos. You can also change the phone settings even if offline.