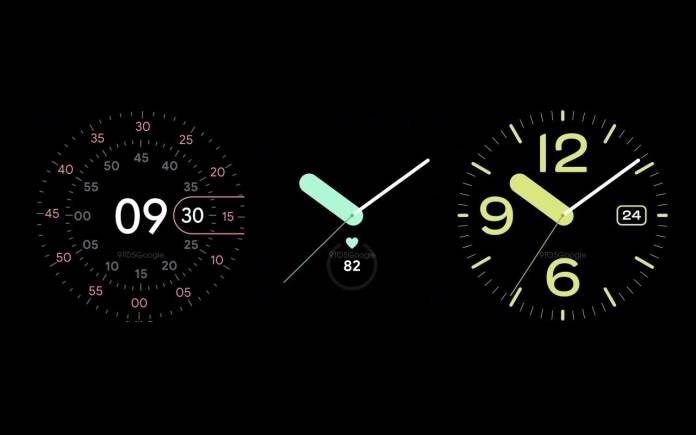 Seeing wallpapers and rendered images usually in signal a product’s impending launch. Most of the time, we see photos and renders of upcoming smartphones. This time, we’re being presented with a set of watch faces for the Pixel Watch. Google hasn’t announced the smartwatch yet but several details are being shared. Looking at the watch faces, we can gather some information about upcoming features of the Pixel Watch. It will definitely run Wear OS 3. That means it will come with some of the Tizen features available on Samsung Galaxy Watch models.

Running Wear OS 3 should already be common but it’s not. Not all smartwatches can support it yet. For example, the new Mobvoi and Fossil watches don’t use Wear OS 3 yet. They will eventually be available but it will take some time.

Google has the Wear OS emulator and it has leaked a number of interesting things. New watchfaces have been sighted. There are a total of ten including one that shows off the Fitbit logo. This means it will also be health-centric.

The Pixel Watch watchfaces show off different information like the time, weather, date, and heart rate. There is also a step counter. It appears the Google Pixel team has worked on different versions of the watch-faces. We doubt they are final but at least close to the final versions.

Earlier, Google Pixel Watch official images have been leaked. We believe the smartwatch deserves its own product launch since it will be the first from the tech giant. The wearable device may be out in 2022 so let us wait and see for related development.