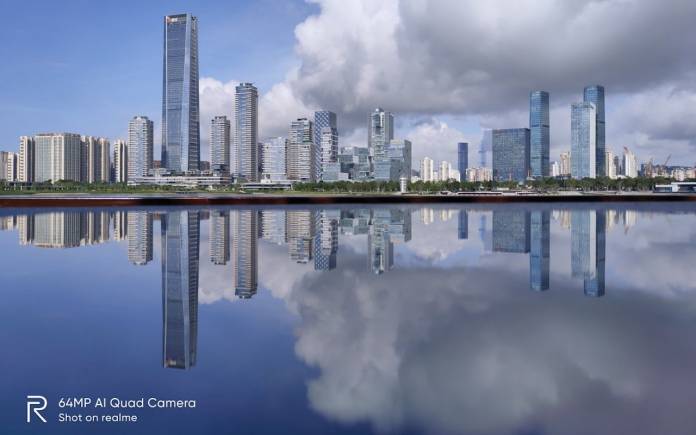 While the main brand OPPO is preparing to announce the under-display camera technology, the sub-brand Realme about to show off a real premium killer. That is how Realme CEO Madhav Sheth has described the next smartphone. The executive shared that the next Realme device will be the first smartphone camera in the world that uses the 64MP GW1 largest 1/1.72” sensor and mega 1.6µm pixel. A sample photo was shared on Twitter with a #DareToLeap hashtag that may be suggesting consumers to switch.

Realm’s next phone will offer 64 megapixels. We recently know about 48MP but a 64MP sensor is already available. If you may remember, Samsung introduced a 64Mp ISOCELL Image Sensor to allow higher-res cameras. The Galaxy Note 10 won’t implement it yet so others can still have the honor to offer the first 64MP shooter on a phone.

After the Realme 3 Pro and the Realme X, OPPO’s Realme is once again determined to make its star shine brighter especially in India according to Realme’s CEO. Realme is relatively a young brand but it has become popular in the country despite Samsung and Xiaomi’s dominance with budget and mid-range offers. Many people are now familiar with the name so this year is the perfect time to be totally out there with great products.

Realme launching the world’s first 64MP camera phone is happening. It won’t be from one sensor only but as a result of a quad camera setup. The 64MP camera system may be expensive on its own but four rear cameras can help make it a possibility.

The mysterious Realme smartphone will follow the Realme X. That one was announced in China a few months ago with a 48MP dual camera system. It also featured a notch-less AMOLED screen and a pop-up selfie camera.

The Realme 3 was introduced as another budget-friendly phone with very decent specs. It has yet to roll out in India with some tweaks on the hardware from the Chinese variant. Expect Oppo’s Realme team to make a major announcement anytime soon.