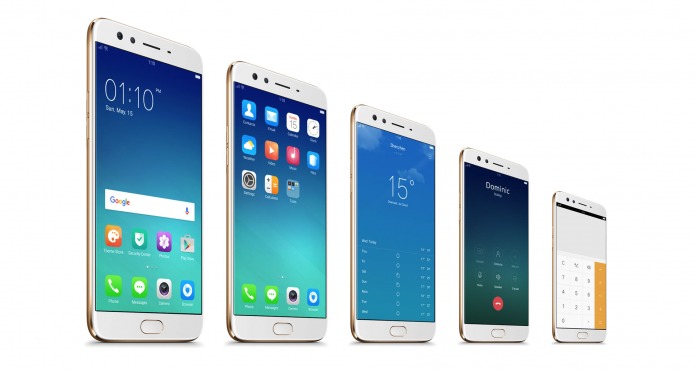 The new Selfie Expert has finally and officially launched. OPPO just rolled out the F3 Plus. It’s expected to ship beginning April 1 while pre-order starts in India today. The phone stands between mid to high-end category as the Rs 30990 ($475) price is a bit expensive. After being teased a number of times, we got excited about this one because it’s been tagged as the ultimate selfie smartphone, thanks to the dual front camera which was also confirmed earlier.

We also wanted to find out if OPPO used its latest 5x optical zoom technology the company announced in Barcelona at the Mobile World Congress. There’s no mention of it but we’re satisfied that the smartphone is good enough for the selfie addicts.

Phone boasts of an impressive unibody design set in aluminum. There’s also a six-string antenna pattern for an improved 4G and Wi-Fi performance. The dual camera system at the front is its main attraction. The first cam features 16 megapixels, 1/3-sensor, and f2.0 aperture. The second cam is actually an 8MP with 120-degree angle 6-element lens. For the ladies, Oppo has added the Beautify 4.0 mode to make you prettier with smoother skin with a dramatic background and bokeh effect. The rear camera has a 16MP /2.8-inch Sony IMX398 sensor, 1.4 micron pixels, 120-degree wide angle lens, f1.7 aperture, and dual PDAF.

The Oppo F3 Plus will be available in either gold or black in India. No information when it will arrive in other markets but it should roll out next quarter.