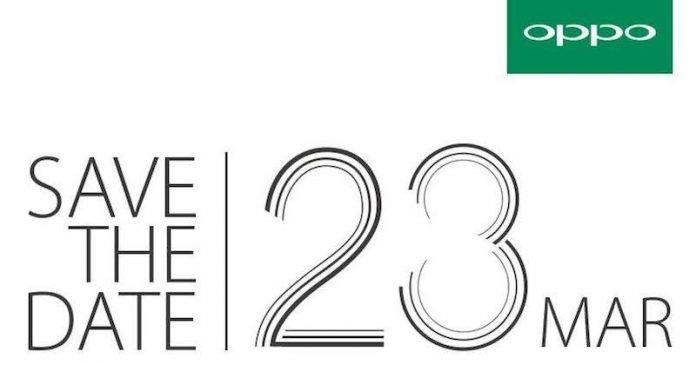 Before this month ends, Oppo will introduce a new addition to its popular F series. Oppo didn’t announce a new smartphone at the recently concluded Mobile World Congress but it did launch a new 5X optical zoom technology. We were expecting but was honestly expecting a surprise like that Oppo Find 9 rumor. Finally, the Chinese OEM has a new product offering in the form of the Oppo F3 and Oppo F3 Plus.

There is no official announcement yet but we’ve seen a Save The Date image plus a leaked list of the specs. A special event is happening in India on March 28 which we’re assuming is the official product launch.

The new Oppo smartphone runs Color OS 3.0 which is actually based on Android 6.0 Marshmallow. The device already comes with dual SIM support. The leak somehow looks legit but we’ll still take this with a pinch of salt.