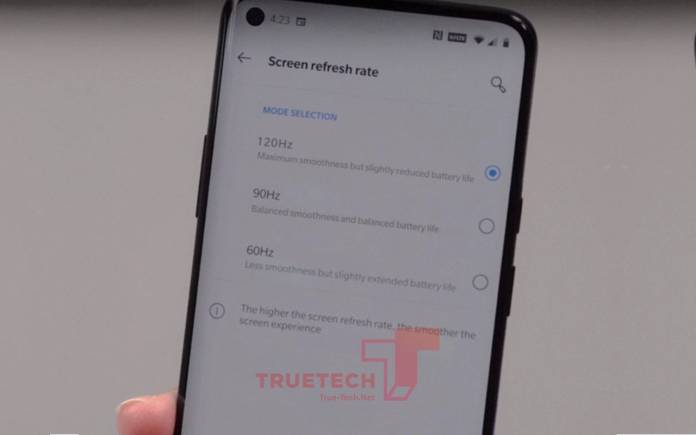 OnePlus may be more known for its mid-range Android phones but when it releases the flagship series, the Chinese company commands attention. The upcoming OnePlus 8 has been in the works since last quarter. Image renders were out as early as October 2019, showing a punch-hole display for the selfie camera. It was then sighted in the wild while an illustration of the OnePlus 8 Pro variant surface with quad rear cameras. OnePlus 8 Lite image renders and 360-degree video also appeared on the web.

The OnePlus 8 Pro has hit Geekbench and we can say it’s coming to the US via Verizon. We believe it will include the new 120Hz OLED screen technology. Details of the 120Hz Fluid Display have been shared already and here is another leaked photo that confirms the said 120Hz display.

The image is said to be from an employee of OnePlus so it’s somewhat believable. It’s a pre-production unit so there may still be slight changes before final production. Not that we need confirming about the 120Hz screen because the Chinese OEM already made a related announcement but it’s good to be reminded again.

With the 120Hz refresh rate option, this makes OnePlus one of the first brands to offer the highest refresh rate in the market today. Samsung is also expected to add the option to the Galaxy S11/Galaxy S20 series. Let’s wait and see for the official announcement.