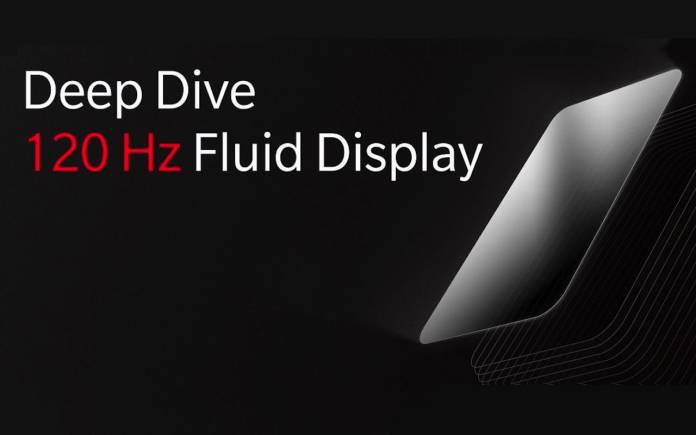 Yesterday, OnePlus officially introduced a new 120Hz OLED screen technology. From 60Hz to 90Hz, OnePlus is definitely advancing. It is ahead of other mobile OEMs in some areas. There aren’t many companies implementing 120Hz display yet but we know some like Samsung on the upcoming Galaxy S20+ and ASUS with the ROG Phone 2. This is the first time we’re seeing OnePlus get serious with display technology which only proves that the company definitely lives out its ‘Never Settle’ motto.

The OnePlus 7 Pro featured the 90Hz Fluid Display. The technology made it to DisplayMate’s list of A+ Top Tier Display Rating. Not many people may see the difference but gamers may notice that it’s better for gaming.

OnePlus is saying its 120Hz display panel is the most advanced yet in the industry. That’s believable there are only a few but we can’t say for sure because we haven’t seen and tried any. It’s from OnePlus though so that is highly possible Samsung has the same 120Hz screen and we know the South Korea tech giant is well-versed in the display technology business.

But what do you know, OnePlus actually teamed up with Samsung Display to come up with this 120Hz Fluid Display. Perhaps it’s the same tech that Samsung will be using on the Galaxy S20 series. That is something we need to confirm.

OnePlus 120Hz Fluid Display takes advantage of the latest OLED materials. It offers over 1000 nits and can reach up to 240Hz of the touch sampling rate. Rendering speed can also be increased by seven percent with an exclusive optimization solution developed by OnePlus.

With this new tech, some mobile apps can enjoy the benefits. Not many videos though will receive the advantage because most of them are still created with 24fps or 30fps. OnePlus is adding MEMC technology for smoother video playback. It will work by elevating frame rates to 60fps or 120fps.