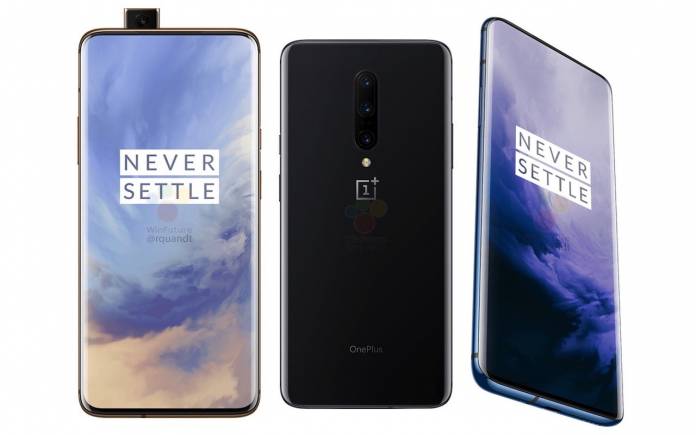 Just a day before the official, here we are again listing down all the things we know about the OnePlus 7 and the OnePlus 7 Pro. The 5G connectivity and a special display can be looked forward to. The three camera system has been confirmed while European prices were leaked. As for the OLED display, OnePlus 7 Pro’s was recently named as DisplayMate’s latest winner. Those camera zoom samples shown off proved the phone will make another impression in the mobile industry.

The OnePlus 7 Pro is considered as a premium flagship–a first from OnePlus–so we’re excited to see how the Chinese OEM is making it a premium device. When it comes to pricing, the starting price in Germany will be 699 euros which is roughly $785 in the United States.

Posted below are official photos of the OnePlus 7 Pro in different colors. As we already mentioned, there will be OnePlus 7 Nebula Blue, Almond, and Mirror Gray. The pictures show the OnePlus 7 and OnePlus 7 Pro, complete with the pop-up selfie camera.

It is no secret OnePlus didn’t apply for any IP rating so don’t expect to see any IP67 or IP68 certification. However, OnePlus is confident the OnePlus 7 Pro is water-resistant.