The OnePlus team has been busy working on the next flagship phone for next year, as well as, the rumored McLaren variant of the 6T. It never settles. We heard about it only a couple of weeks ago and we said it would be available soon. The 10GB RAM promise became real so we know the device is faster and more powerful than ever. Its power is also delivered by a Qualcomm Snapdragon 845 processor coupled by Warp Charge 30 that allows half full-battery charging within 20 minutes.

With Warp Charge, you can always have power because it doesn’t take a lot of time to charge. With 10GB RAM, the phone can perform faster as it can handle several tasks at the same time.

The large RAM component is one of the many firsts. Most OEMs have only been pushing for 6GB or 8GB on their flagship phones but OnePlus here is ready to make an impression with 10GB RAM and the new Screen Unlock feature.

OnePlus teamed up with McLaren Formula 1 to finalize the OnePlus 6T McLaren Edition. This phone is perhaps the Chinese OEM’s ultimate model that will be popular for innovation, craftsmanship, and speed, at least, until the next big one comes along. 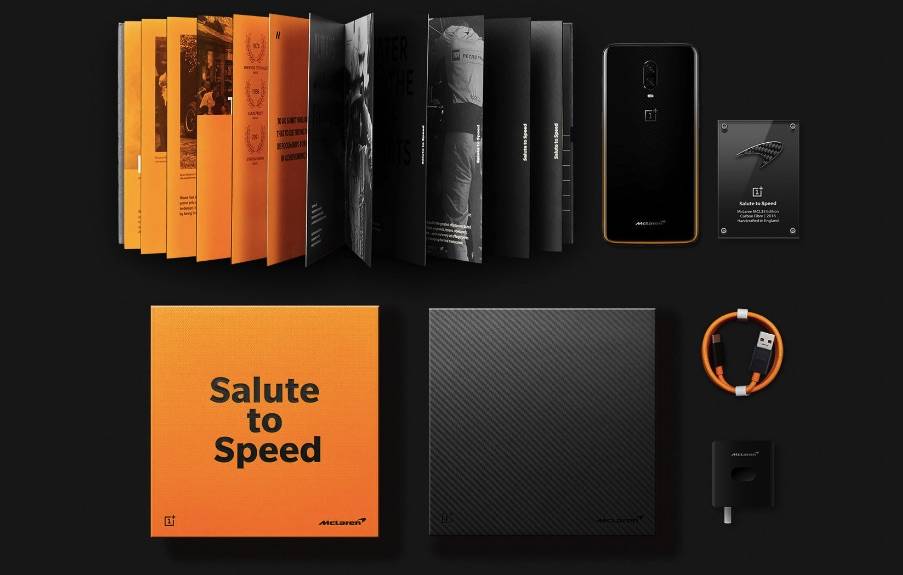 The OnePlus 6T McLaren Edition phone with its ‘Salute to Speed’ promise is available for $699 beginning the 13th of December, 10AM EST.