Another OnePlus device is zooming its way further into the mobile industry. Well, it’s not really a new model but a new variant of the recently launched OnePlus 6T. After the OnePlus 6T Thunder Purple, the Chinese OEM is launching the McLaren OnePlus 6T. The sole mention of the name McLaren is enough to drive fans nuts. Even if you don’t like OnePlus, you may be convinced to buy this new phone. McLaren and OnePlus teaming up to come up with a powerful smartphone is one tech partnership we don’t want to skip.

A launch event entitled “Salute to Speed” will be held on December 11, 2018, Tuesday, at McLaren’s Technology Centre in the United Kingdom. This will just be the “first stage” so we can expect more projects from the two.

The closest we could get to driving a McLaren are those Asphalt racing games. The OnePlus 6T McLaren Edition is another one but we have yet to see how it looks this coming December.

The McLaren OnePlus 6T may not differ much from the original OnePlus 6T. We’re guessing some paint job or a boost in specs, especially in the RAM or storage options. Sources say this could be the most expensive model yet with the McLaren branding and trademark color. 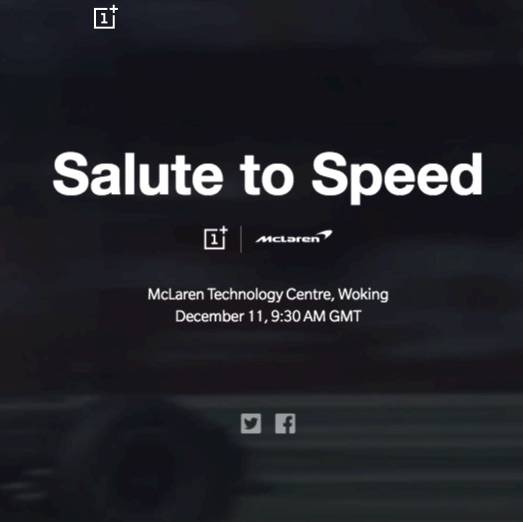 Not much information is available but the OnePlus 6T phone is fast. The device still wants speed and

OnePlus and @McLarenF1. Forever in pursuit of speed. Experience the #SalutetoSpeed on December 11. https://t.co/inqbUCRYcK pic.twitter.com/Q7HGBqmZtw