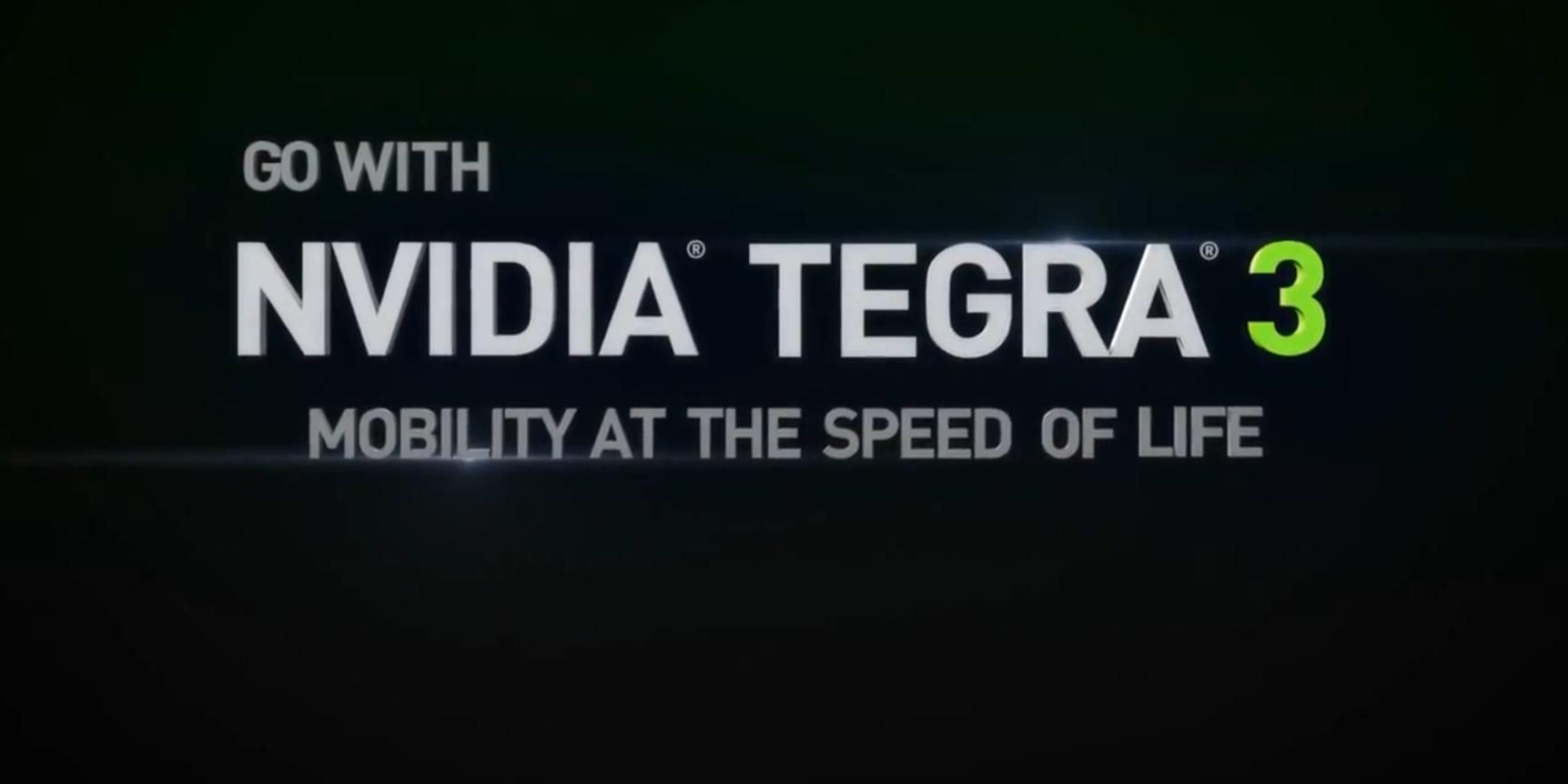 What a surprise we have here, it appears NVIDIA will be going with Tegra 3 for the name of their new quad-core Kal-El mobile processors. This recently leaked promo video teases the Tegra 3 name as well as some features we can expect to see from the powerhouse quad-core chipset. Things like console-quality gaming and high speed web with embedded flash that will give us desktop level browsing experiences and more. The first thing that came to my mind was — where can I get that prototype tablet from the video because it looks incredible (and fake). Check out the video and a few more details after the break.

We’ve seen a few NVIDIA roadmap leaks suggesting a November launch for Tegra 3 and last month they shared a few details on just how awesome Kal-El will really be, including that fifth core. Here is where things get interesting — we’ve recently learned that the Transformer 2 may in fact be the first quad-core Kal-El tablet. Then just last week we heard the Transformer 2 could be launching in early November.

While launch dates and all the details have been very scant and tight lipped, the chance for a November launch would line up with NVIDIA’s roadmaps and the recent leaks about the new tablet both. Mix that in with the ASUS Transformer 2 tablet teaser video released just this morning and we may have something developing here. Before I continue check out the Tegra 3 demo video below:

Now all of this can just be speculation, but we’ve been hearing for a while that ASUS could be the first tablet maker to launch with Android 4.0 Ice Cream Sandwich, and that was confirmed this morning also. NVIDIA and the Tegra 3 may still be a little ways off and the Transformer could just ship with a more powerful dual-core and ICS and make everyone happy, but a quad-core Android 4.0 Ice Cream Sandwich tablet sure would be awesome right? Either way now that Ice Cream Sandwich has been announced we have a few exciting months coming ahead in the world of Android.