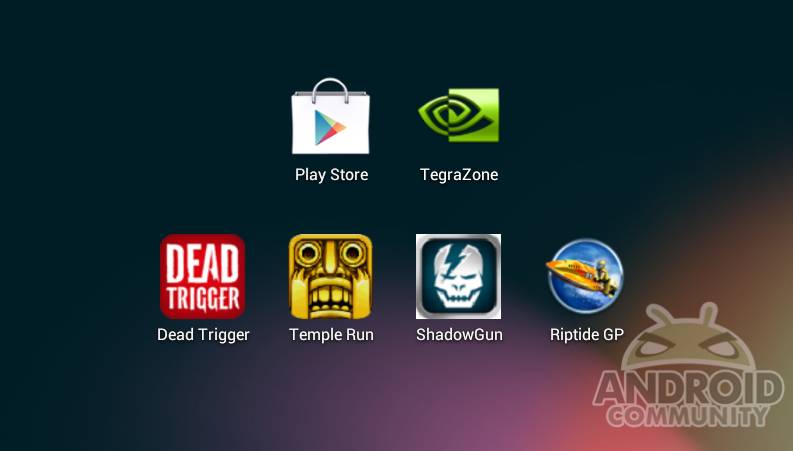 It’s here! Google’s hotly anticipated first production tablet, the Nexus 7 is finally landing in users hands this week (and late last week too.) Now that you’ve got an impressive 7-inch tablet with a powerful NVIDIA quad-core processor under the hood we figured you’d like to know of a few games worth checking out. Here’s some of our absolute favorites that work great on the Nexus 7.

First up we’ll have to start with Angry Birds — just kidding! Being a powerful quad-core tablet you’ll surely want to enjoy some of the added benefits of NVIDIA Tegra 3 enhanced “THD games” such as SHADOWGUN and Dead Trigger, both by MadFinger Games, as well as many other classics. We decided to add a few different game types in here to hopefully hit most users style. From casual gaming to hardcore first person shooters. These are all awesome games, but are in no particular order. 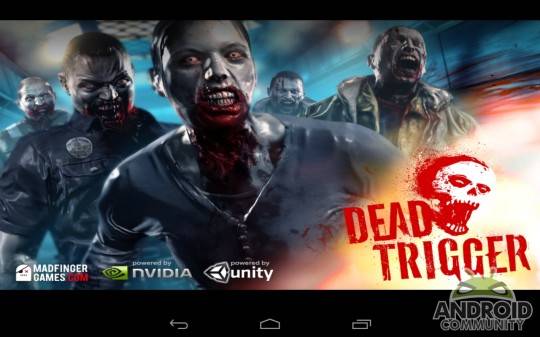 Dead Trigger is the latest and greatest in the mobile gaming world for first person shooters. And is categorized as an arcade-style zombie shooter. From the same developers as SHADOWGUN (which also makes this list) you’ll surely love the graphics, gameplay, level of details, and general storyline. Released only a few weeks ago we’ve given it a quick hands-on and you’ll want to check it out right on the Nexus 7.

Following that awesome but bloody FPS game above, we wanted to calm things down with a casual game the entire family can enjoy. That my friends, is Temple Run. Being one of the biggest games available on both iOS and Android, this had to make the cut purely for being so awesome. It is extremely addictive, has been downloaded millions and millions of times, and can waste away hours of fun on that brand spanking new Nexus 7 of yours.
Temple Run Play Store Link 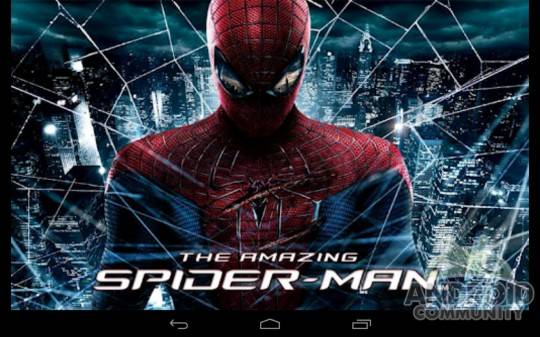 Next is another semi-casual game from the popular developers Gameloft. They’ve released a Spider-Man game before (well over a year ago) but this brand new version is called “The Amazing Spider-Man.” Which nicely coincides with the latest blockbuster movie. It has some stunning graphics, impressive gameplay and physics, as well as a full open-world environment for you to be a web-slinger Peter Parker style.
Amazing Spider-Man Play Store Link 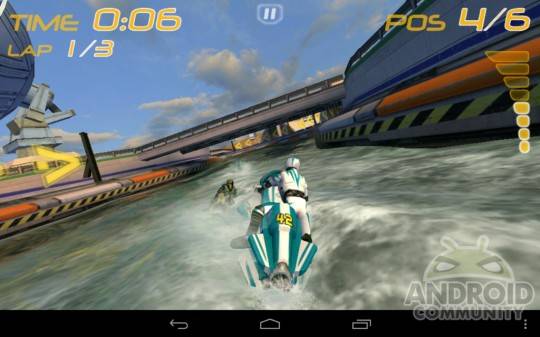 Next is Riptide GP which has been available for some time already, but never gets old. This grand prix water racing arcade game reminds me of my PS2 days, and will keep you busy for hours and probably makes your arms sore. With stunning graphics (that look even better on Tegra 3 devices) supercharged jet ski’s and 12 futuristic water race courses this had to make the cut too. I enjoy this game, and so will everyone’s kids — but then you’ll have to give up your tablet for hours on end. I highly recommend this for casual yet competitive fun.
Riptide GP Play Store Link [NVIDIA Tegra Zone] 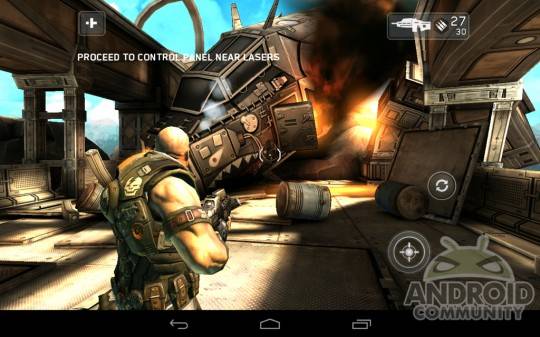 Last but certainly not least is SHADOWGUN, which is also from the developer Madfinger Games who made Dead Trigger. SHADOWGUN has been at the top of the list for must-buy Android games since being released last year. It even won the NVIDIA Tegra Zone award for best game. It runs great on all devices, but looks even better on the Tegra 3-powered Nexus 7. It has some of the best touchscreen controls available, stunning levels of details (especially with water) and will take you a solid 7-8 hours to finish. With enhanced physics, dynamic lighting, and detailed textures this game is worth getting just to show off to your friends and family. We’ve reviewed it plenty of times and it is also a must buy for any Android fan — especially those with NVIDIA Tegra 2 and 3 devices.
SHADOWGUN THD Play Store Link [NVIDIA Tegra Zone]

We have only just scratched the surface here with awesome games for our Android fans. The Nexus 7 runs on Android 4.1 Jelly Bean so not all apps have been updated with compatibility. We know this is coming in the comments, so here’s a few more honorary mentions of great games you should also check out: Grand Theft Auto III, Dark Meadows, N.O.V.A. 3, Asphalt 6, Minecraft Pocket Edition, Sonic the Hedgehog Ep II, Defense Zone HD, NFL Flick QB, and last but not least get the Android Community App.

Enjoy that new Nexus 7, drop us a comment or two below with more game ideas, and have fun!