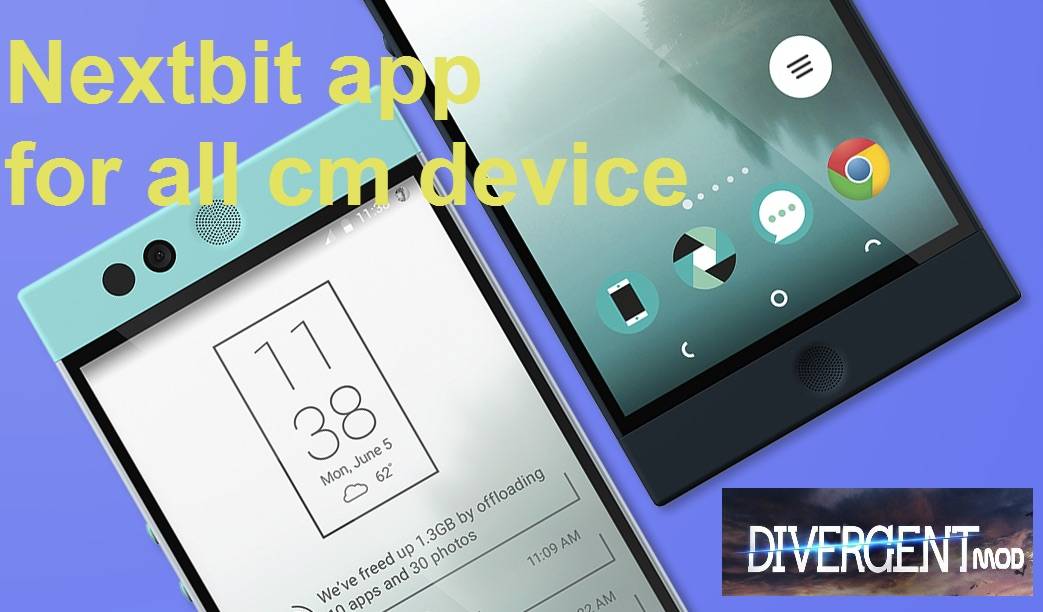 The Nextbit Robin has become popular as a cloud-first smartphone. People have anticipated for its arrival after the startup announced last year that it would be launching its first smartphone. People started to pre-order for the device and even Verizon requested for a specific model. Unfortunately, the CDMA version for the carrier was cancelled because the process turned out to be more complicated and more expensive as expected.

The Nextbit Robin smartphone became ready as early as February 16 to backers. Software updates were also announced and the Marshmallow version was soon released. This time, we’ve got news that a Nextbit app is ready for for all CM devices 6.0+. We don’t have much details but you can download the following updates:

The DivergenMod and NoGoogle are two special projects by XDA Senior Member Ninnix96 who shared his works with the community. His aim was to bring the Nextbit app for all cm devices with a simple mod and update. He first started a project for the OnePlus One but eventually decided to make a package that is compatible for most mobile devices. So far, so good–at least for those people who are good at mods and hacks. If you are interested, DO IT AT YOUR OWN RISK.