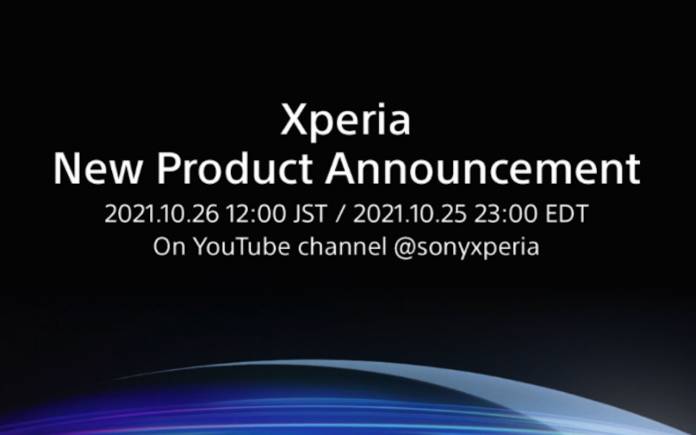 Sony has scheduled another big announcement. A new Sony Xperia phone is expected to be announced later this month. The company has posted a teaser for an October 26 event (12:00 JST / October 25 2021, 23:00 EDT). The announcement will streamed on YouTube so Sony is encouraging the public to subscribe to its official channel. We’re not quite sure what Sony Xperia product will be announced but we’re hoping it will be a 5G phone. The last one we mentioned here was the Sony Xperia 10 III Lite being released in Japan with slightly lower specs.

The Sony Xperia 1 III is another important model recently released. We noted it will not just receive Android 12 update but also Android 13.

Also out in the market this year are the Xperia 5 III and the Xperia 10 III. Sony Xperia Ace 2 image renders surfaced on the web a few months ago so that could be the next phone. It could just be a mid-range phone and not another premium flagship offering.