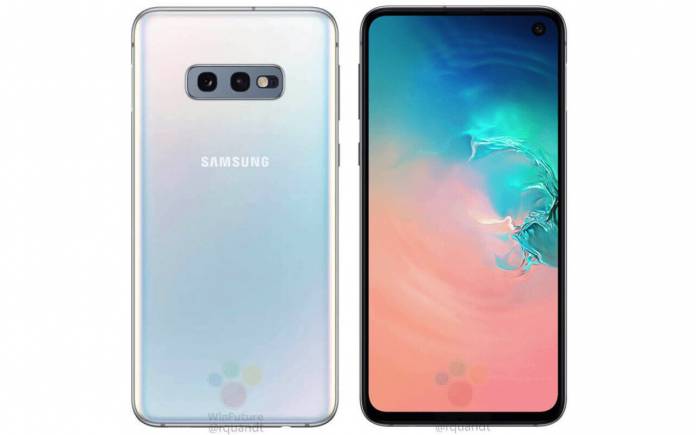 Samsung Galaxy S10E is the South Korean tech giant’s next-gen flagship smartphone. It’s just one of the three variants Samsung will be introducing this coming February 20 at the Unpacked event. The MWC 2019 will be very interesting this year as the top OEMs are launching their latest flagships. Samsung will show off several new products but our main focus will be the 10th Anniversary flagship smartphones: the Galaxy S10, Galaxy S10+, and the Galaxy S10E. We don’t always talk about the S10 E because it’s always the Galaxy S10 and S10+ being reported.

We’re confused a but because we were told the Galaxy S10 Lite may still be the name of the entry-level variant. It was spotted on Geekbench with 6GB RAM and Snapdragon 855 chipset.

The Galaxy S10E could be the S10 variant with a flat display. We’ve been waiting for this since we heard about the Galaxy S10 Edge and its covers and colors from last year.

The Samsung Galaxy S10E may come equipped with a 5.8-inch flat screen, fingerprint reader on the right side, headphone jack, 6GB RAM, 128GB onboard storage, and a selfie camera. The front display has a camera hole so the notch is no longer needed.

The S10E comes with a dual rear camera system. The larger variants have three rear shooters. Colors that will be available are Prism Green, Pearl White, Prism Black, Canary Yellow, and blue. The price tag may read €750.