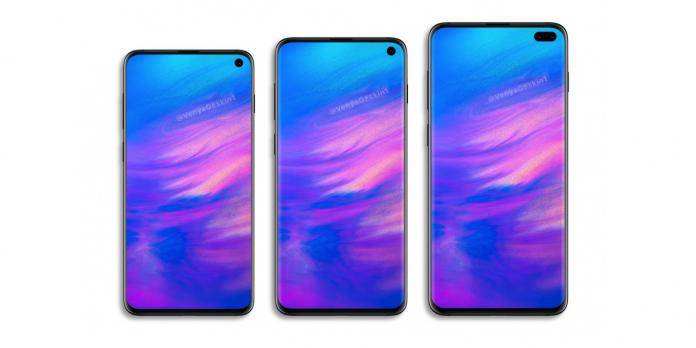 As a new year is about to begin, we feel OEMs are rushing to make important announcements or leaks that may somehow plot their course. As for Samsung, it has the 10th Anniversary Galaxy flagship series and the Galaxy Fold foldable phone. We know the Galaxy S10 phones will launch ahead. As early as April, we’ve been hearing information about specs and features. The S10 is currently a favorite subject. We’re not sure if the South Korean tech giant is deliberately leaking information or it’s not just good at keeping secrets.

We’re not sure if there will still be a regular, plain Galaxy S10 though. We know there will be four variants and three will be unveiled before or during the Mobile World Congress. A Galaxy S10 5G variant is also said to be announced the following month.

A recent leak tells us of the future accessories for the Galaxy S10. Listed are the usual smartphone covers: LED Cover, LED View Cover, Silicone Cover, Clear Cover, Protective Standing Cover, Leather Cover, Clear View Cover, and a Screen Protector (pre-installed). Samsung is said to include a protective transparent frontside installed already out of the box.

The latest image we have is just a concept made by illustrator Venya Geskin. Possible colors for the accessories are White, Black, Berry Pink, Navy, Blue, Red, Silver, Yellow, and clear (transparent). Only the Edge and Plus variant will have the Clear Cover – Transparent. As for the Galaxy S10 Lite, the Clear View Covers will be ready in Yellow, Green, White, and Black.

The market release will probably happen on March 8, 2019 after the February 20 announcement. We’re taking this with a pinch of salt…as usual.