The Samsung Galaxy S10 Lite isn’t always mentioned but we know it will be a different variant because of the flat display. That is still unconfirmed but we’re believing the South Korean tech giant is rolling out one model with a flat screen to differentiate it further from the rest. The Galaxy S10 and S10+ are favorite subjects recently but not many details are available on the Lite model. It won’t be a lower-specced version because the phone has just been sighted on Geekbench running on 6GB of RAM and a Qualcomm Snapdragon 855 processor.

The Samsung Galaxy S10 Lite has hit the benchmark as model SM-G970U. It appears to be the unlocked version of the S10 Lite headed for the US.

We can note the ‘msmnile’ on the motherboard. Another source tells us the chipset is really the Snapdragon 855 which is the latest premium mobile processor from Qualcomm. It is the same one we thought to be the Snapdragon 8150.

The benchmarked Samsung Galaxy S10 Lite also lists 6GB RAM and Android 9 Pie OS. The phone seems powerful and not at all “lite”. Benchmark scores are 1986 points and 6266 points in the single and multi-score tests. 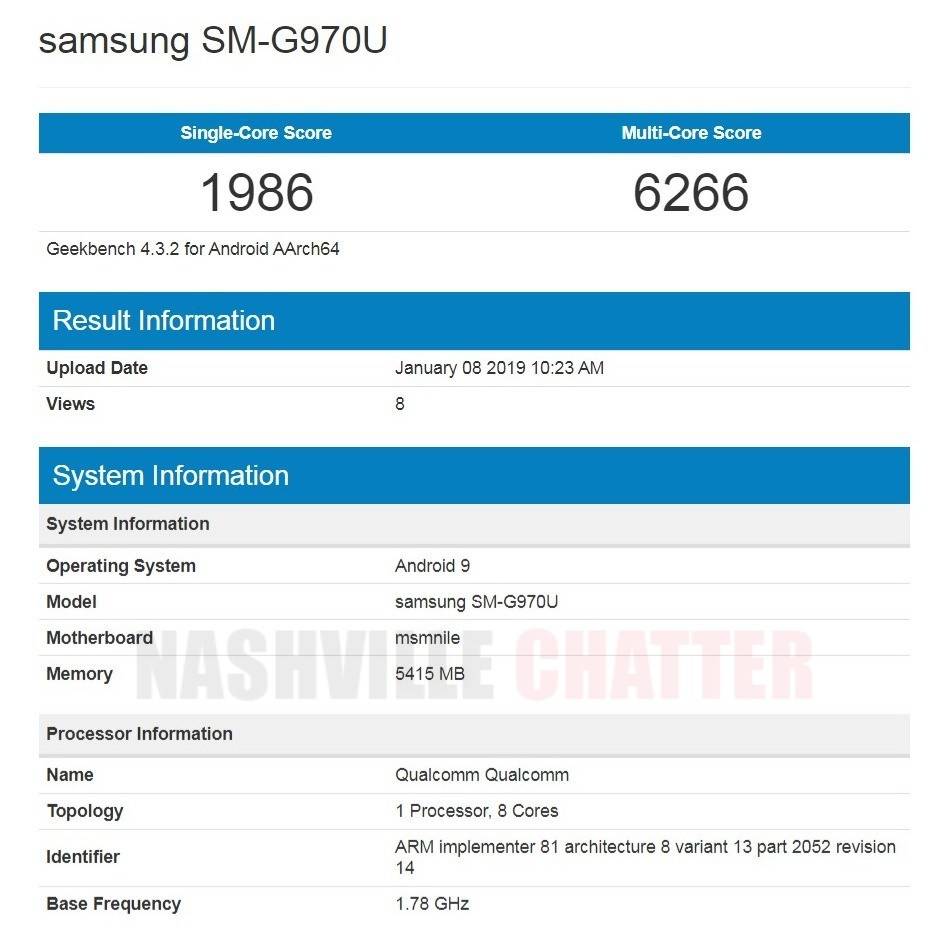 A Samsung Galaxy S10 Snapdragon 855 phone was already benchmarked before and compared to the Exynos variant, it is more powerful. This time, the Galaxy S10 Lite scored lower compared to the unannounced Xiaomi Mi 9 running the same 6GB RAM and Snapdragon 855 chipset. The Xioami phone is said to have scored 3475 and 10872 points in single and multi-core tests, respectively.