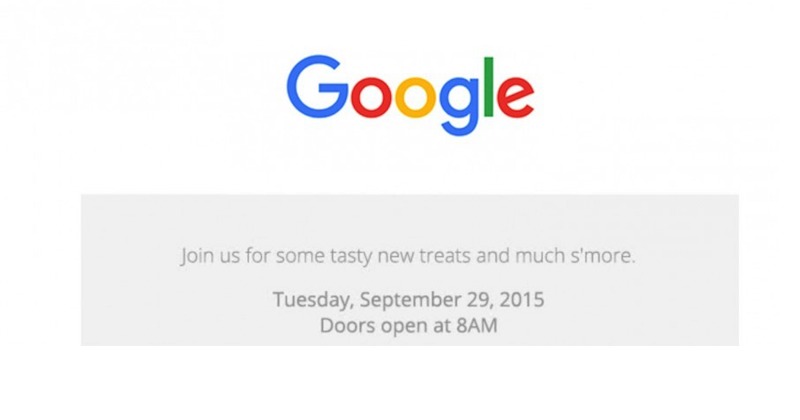 September 29 is approaching soon and we’re certain that Google is holding a special event to reveal new products. A press invite has been sent out already, inviting the media to join the company for some “tasty treats and much s’more”. That obviously means the Android Marshmallow will be previewed, new products will be unveiled, and probably some s’mores will be served.

At this upcoming event, we’re expecting to see the new pair of Nexus phones, one from Huawei and another one from LG. We’re guessing a new Chromecast too with Chromecast Audio or maybe some announcement about the Project Aura.

Rumor has it that the two new phones will be called the Nexus 6P and Nexus 5X from Huawei and LG, respectively. The 6P will be bigger with a 5.7-inch screen while the 5X will have a 5.2-inch display. We also heard these two might be ready for pre-order by October 13, complete with a fingerprint scanner, a laser focus system on the LG Nexus, and maybe biometric security to the recently rebranded Android Pay, ready to rival Apple Pay and Samsung Pay.

There also that Nexus Protect option sighted on Google Store. We’re guessing it’s a phone protection plan but I guess we’ll just have to wait and see until the 29th of this month.