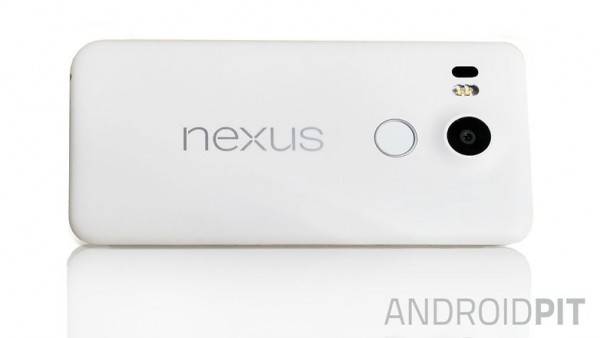 We all know by now that Google is partnering with Korean manufacturer LG to put out the “smaller” 2015 Nexus phone – a reincarnation of the Nexus 5 (while Chinese manufacturer Huawei gets to recreate the Nexus 6). We’ve had some leaks and pictures of the LG Nexus 5, but nothing substantial yet. Add this supposedly internal image to the mix.

This image is supposed off an internal deck of slides about the LG model. See that the slide alludes to the LG Nexus 5 2015 as “Project N3”, which kinda makes sense because this (if ever) will be the third Nexus phone LG will be making for Google. The image shows the phone front and back, so we can pick out some pertinent details, like the rumored round fingerprint sensor at the back of the phone, and dual front-facing speakers. See the image below. 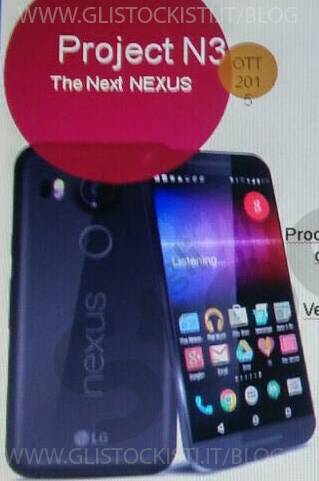 The leak comes with some specs, confirming the 5.2-inch full HD (1080p) display which will be powered by a hexa-core Qualcomm Snapdragon 808 processor. The curious thing is that the leak says the device will be supported only by 2GB of RAM, instead of the rumored 3GB. 2GB is still acceptable, but it won’t zoom around like we expect a Nexus device to do so.

Keeping the lights on will be a 2,700mAh battery, quite small by today’s standards as well. Remember though, that these specs need to be confirmed. Of course, we expect this new phone to launch with Android Marshmallow on it.