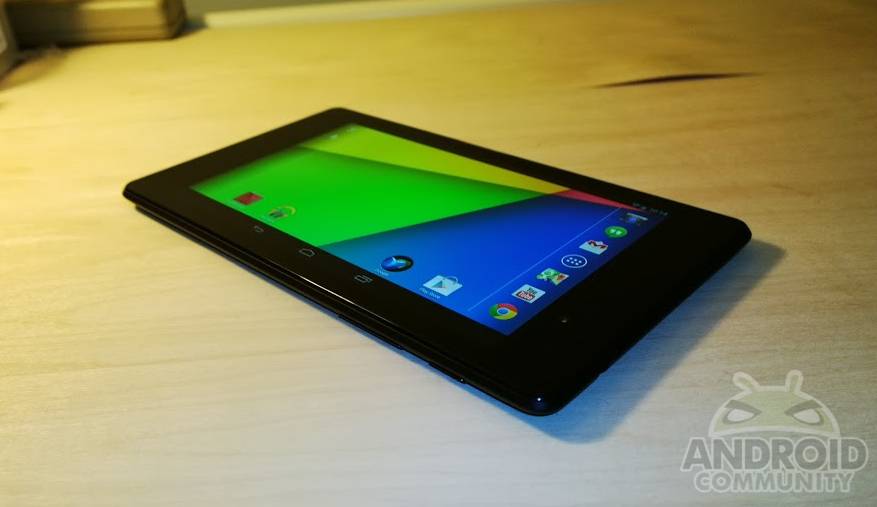 Just as expected, today Google announced the new ASUS made Google Nexus 7 tablet to replace their wildly popular slate from last year. Simply calling it the new Nexus 7, not the Nexus 7 2, this new device comes packed and ready to rock. With more than 70 million Android tablet’s sold to date, the newest member to join the lineup surely is impressive, and will sell by the truckloads. We’ve seen countless leaks but now we’ve got our hands all over it, so read on to see what we think.

Love it! The new Nexus 7 improves on every aspect over the original, and does so while barely costing any more money. And coming in thinner and lighter. Before we start check out our Nexus 7 vs new post. The 7-inch display has been increased to 1920 x 1200 full HD, and it’s the highest resolution 7-inch slate available. With a powerful Snapdragon S4 Pro quad-core processor and 2GB of RAM, you’ll be speeding along Android 4.3 Jelly Bean with ease. All of this is in a thin and portable 114 x 200 x 8.65 mm device.

Then, as you all know, it also has received a few improvements elsewhere regarding hardware. There’s now dual cameras. A 5 megapixel rear and 1.3 MP front, which should make pictures better, and Hangout video chat much improved. The addition of a LED notification light on the bottom front is awesome, and we’re excited about that too. 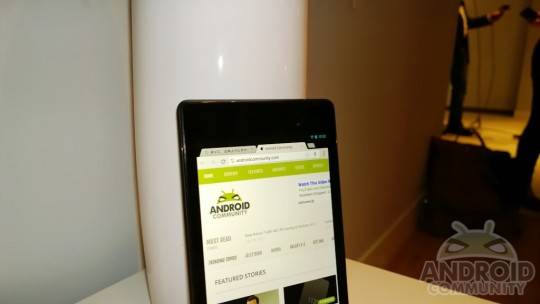 In case you didn’t notice, it has dual-band WiFi, 4G LTE support, 16 and 32GB options, and both all models support Qi wireless charging. For more details on availability and pricing you’ll want to check here. Ok, so most of that we already knew, so how does it feel? It feels amazing. Gone is the thick design and cheap plastic from the original. Now we have a sleek and soft-touch matte back that is comfortable to hold, and extremely lightweight.

At first glance you can obviously tell this is a better device. Not only are the bezels smaller (at least on the sides) but the screen is extremely crisp and vibrant, and the design just feels extremely durable and solid. Not to say the original was cheap feeling, but the new Nexus 7 just has that premium feel we all want.

We have tons more photos and video coming up quick, so stay tuned for more.