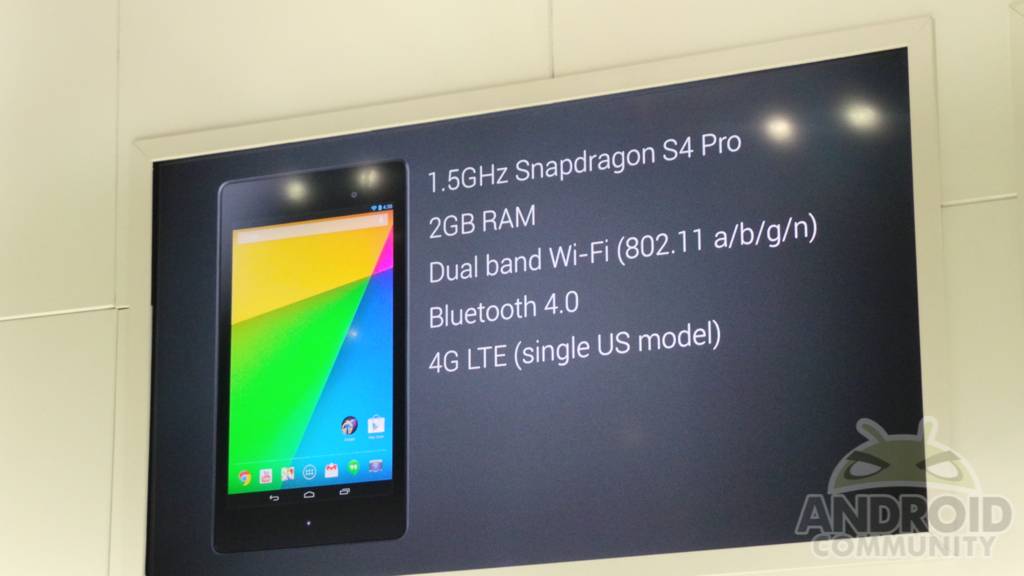 Up on stage here in San Fran at Google‘s Android event, Hugo Barra has been busy announcing the new Nexus 7 tablet, as well as Android 4.3 Jelly Bean. Which we’ll talk about in a moment. He also broke some excellent news about a 4G LTE model of the new Nexus 7. As we all know, the slate has leaked all month long and nothing is a surprise. We knew 4G LTE was coming, but not to the extent he just announced.

Hugo has just confirmed the exact same device will support 4G LTE on AT&T, T-Mobile, and of course Verizon Wireless. Yes please! Not only that, but the same device does this all. That means if you want to switch carriers, you won’t be stuck with a Verizon-only LTE model of their new slate. Universal 4G LTE finally!

Android 4.3 is a star of the show as well, but we’ll be digging into that in full here shortly. Google’s going pretty fast up on stage, so stay with us as we tear through all the new details and information. 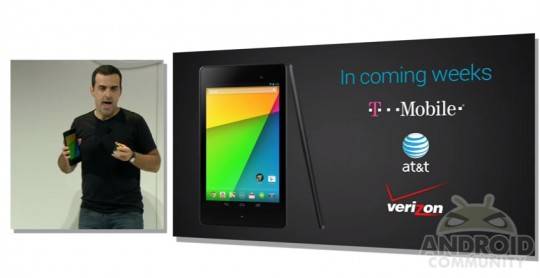 We’re sure you’re wondering about a price and release date, but they haven’t yet shared those details. So while we know the 7-inch 1080p full HD Snapdragon S4 Pro quad-core powered Nexus 7 is coming soon, they didn’t say when. Most leaks suggest July 30th, but those are only the WiFi models. We’ll update as soon as we know a price, and a release date for the 4G LTE flavors.

Update 2: For those curious, the Nexus 7 will have 4G LTE only for those using a Verizon SIM, but AT&T and T-Mobile will have support for 3G and HSPA+ to fall back on. It has all the radios needed, but only LTE for Verizon.