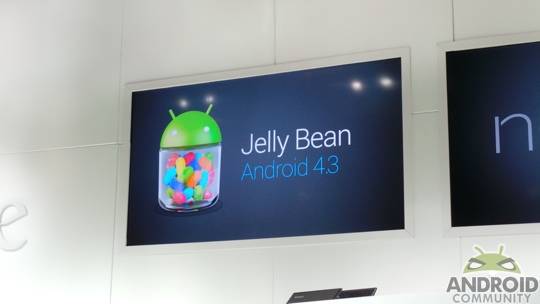 Coming in addition to the new Nexus 7, Google also properly unveiled Android 4.3. In a bit of good news, they also confirmed that Android 4.3 would be rolling out to devices starting today. But before you begin refreshing the Nexus device you have in your hand — continue through this post to see what goodies can be expected.

Some of the highlights include restricted user profiles and Bluetooth Smart. Some may better recognize Bluetooth Smart as being Bluetooth LE — with the LE standing for Low Energy. And just to clarify, this comes along with Bluetooth 4.0. The user profile improvements were dubbed as being Multi-User with Restricted Profiles. 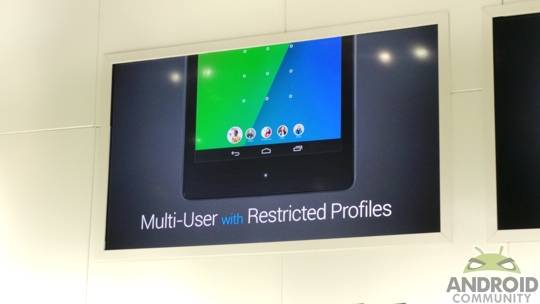 Basically, this means you will be able to limit everything based on individual accounts. You can create accounts for different family members as well as friends and household visitors or even based on having the tablet sitting in a store display. Simply put, you no longer have to worry about others getting into your personal business every time they pick up your tablet or smartphone.

Other changes include OpenGL3.0 for developers. Well, an option for developers that will eventually mean improvements for the users. Basically, this means we could begin seeing some improved games in terms of better graphics and even 3D gaming. Android 4.3 also brings some new media capabilities — in the form of a modular DR framework (another item for developers) as well as some improved profiling tools and notification access.

Those last two are perks for developers that again, will eventually mean improvements for the users. The profiling tools will allow developers to “build greater performance” into their apps and the notification access means, well, improved notifications.

“Your apps can now access and interact with the stream of status bar notifications as they are posted. You can display them in any way you want, including routing them to nearby Bluetooth devices, and you can update and dismiss notifications as needed.”

All that being said, this will begin rolling out today so make sure you have your Nexus device ready and waiting. Or alternatively, be heading to Settings -> Menu -> About Tablet-> System Updates -> Check Now to try and get the process started.